On 20 October 2018, Dive Ninjas travelled all the way to the South Pacific!  Yes, we were in Fiji for an amazing week of diving and celebrating major milestones with our Ninja guests!  Here’s Sze Wei’s trip report.

Fiji!  Located in the middle of the Pacific Ocean, just west of Tonga and consisting of more than 300 islands, only about 1/3 of which are populated – it sounded like a perfect dive destination, and ready for some Ninja exploration!  What I wasn’t expecting though was to be totally charmed by the country and the people – everyone was super friendly and happy, and cheerful calls of “Bula!” (Hello in Fijian) echoed everywhere we went, from the moment we landed at the airport.  It help set the tone for an amazing trip – read on for all the details! 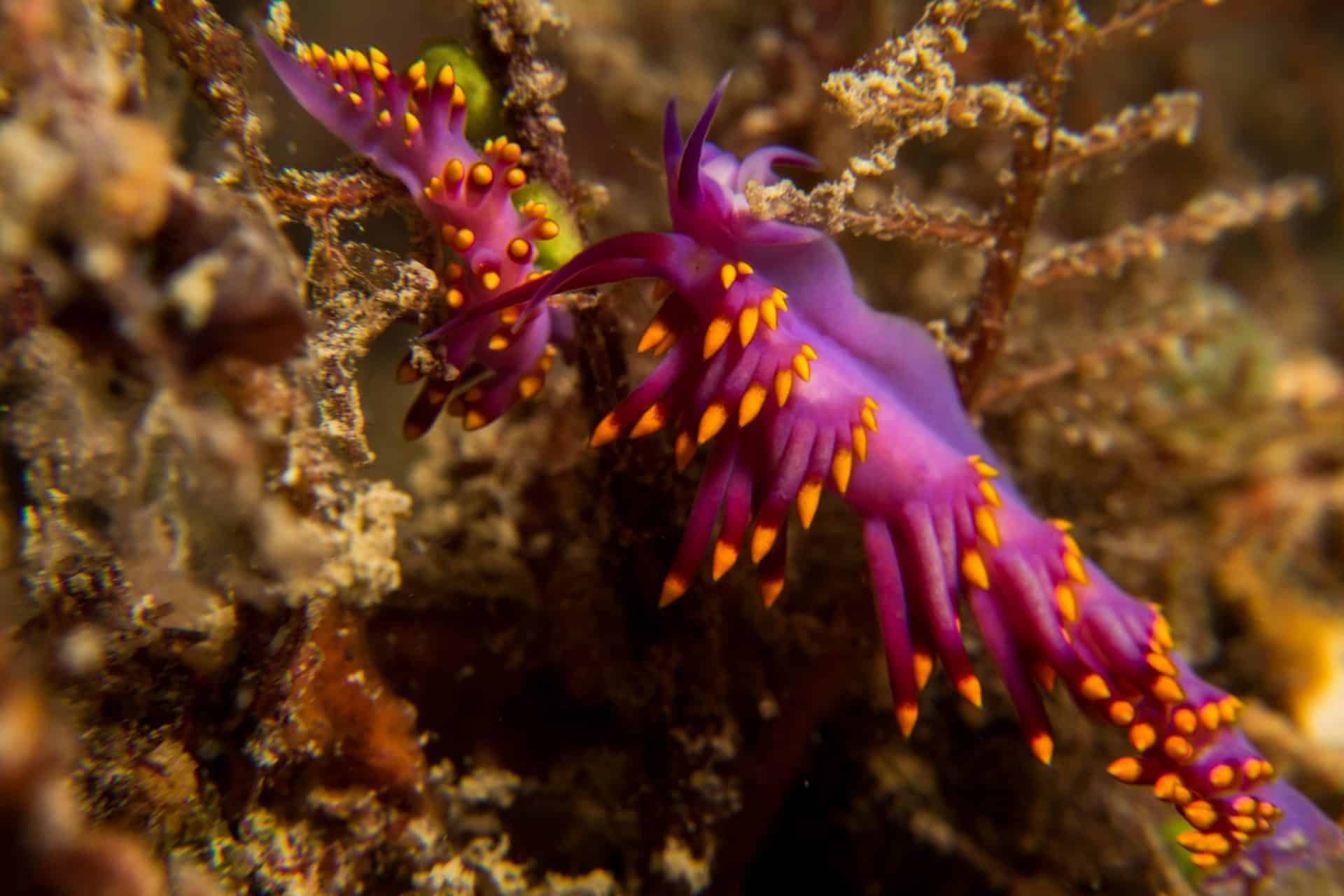 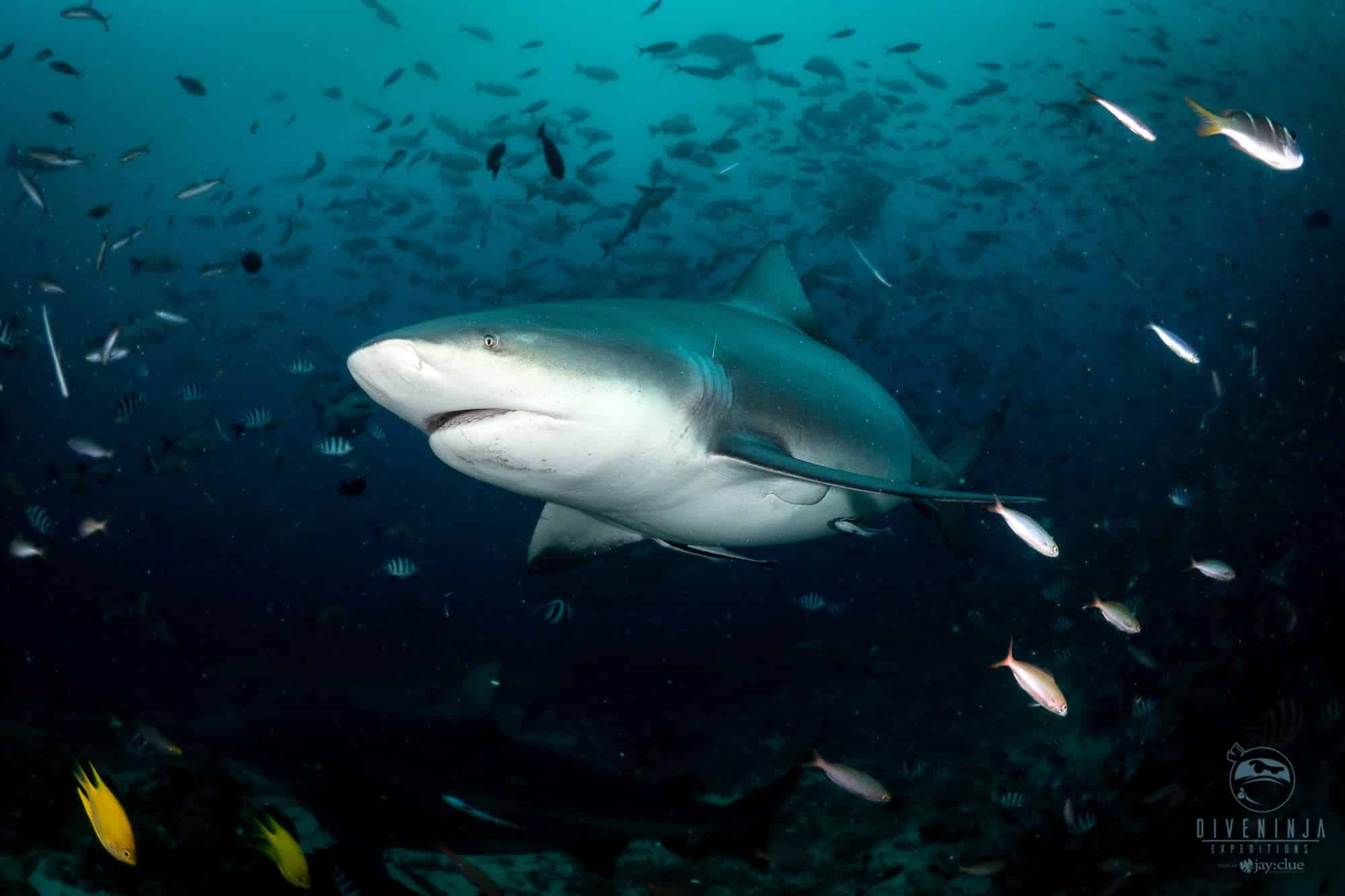 My trip kicked off a few days earlier when I met up with a couple of other Ninja guests in Pacific Harbour, about two hours south of Suva, the Fijian capital.  We had only one goal in mind – sharks! We had flown in early to dive Beqa – known as one of the most spectacular shark dives in the world – and oh my, did it deliver!

It was a 20 minute boat ride to get to the dive site, at which point we dropped right in and leant against a wall at 20 metres, and the show started!  I couldn’t believe what I was seeing – a huge congregation of bull sharks, lemon sharks, silvertips and nurse sharks circling round a small area right in front of us, and lining up almost politely to be hand fed by the shark wranglers!  And the sharks were huge!!! The bull sharks were easily 3 metres long, and they weren’t at all shy about coming right up to us! Totally awesome!! I had the biggest grin on me the whole time, and I could hear Camillo whooping and laughing at the spectacle.  We did two dives here, and at the end of the second dive, Vanessa, who was next to me, grabbed my arm and started gesturing excitedly – a tiger shark had turned up! It was definitely my sharkiest dive ever, and all shark lovers need to put Beqa on their bucket list!

The next morning, still on a sharkie high, we travelled north to Suva, to meet up with all the other ninja guests, and board our home for the week – the Fiji Aggressor.  The full group of 10 ninjas boarded the boat and settled into our cabins, as the Fiji Aggressor lifted anchor and started it’s (bumpy) crossing. Yes unfortunately the weather turned inclement, and would pretty much remain so for the rest of the week, but being true Ninjas, we didn’t let that stop us having an amazing time!

Our first stop was Wakaya Island – where we started our regular 4 dives a day schedule, including night dives.  We dove pretty coral encrusted pinnacles and walls, and was amazed by the sheer volume of fish on the reef! There were tons of little things to look at – nudibranches, shrimps, little crabs and even a tiny little bobtail squid during the night dive!  We even spotted some mantas on the surface, but I guess they had places to be, as they didn’t come down to see us under the water. 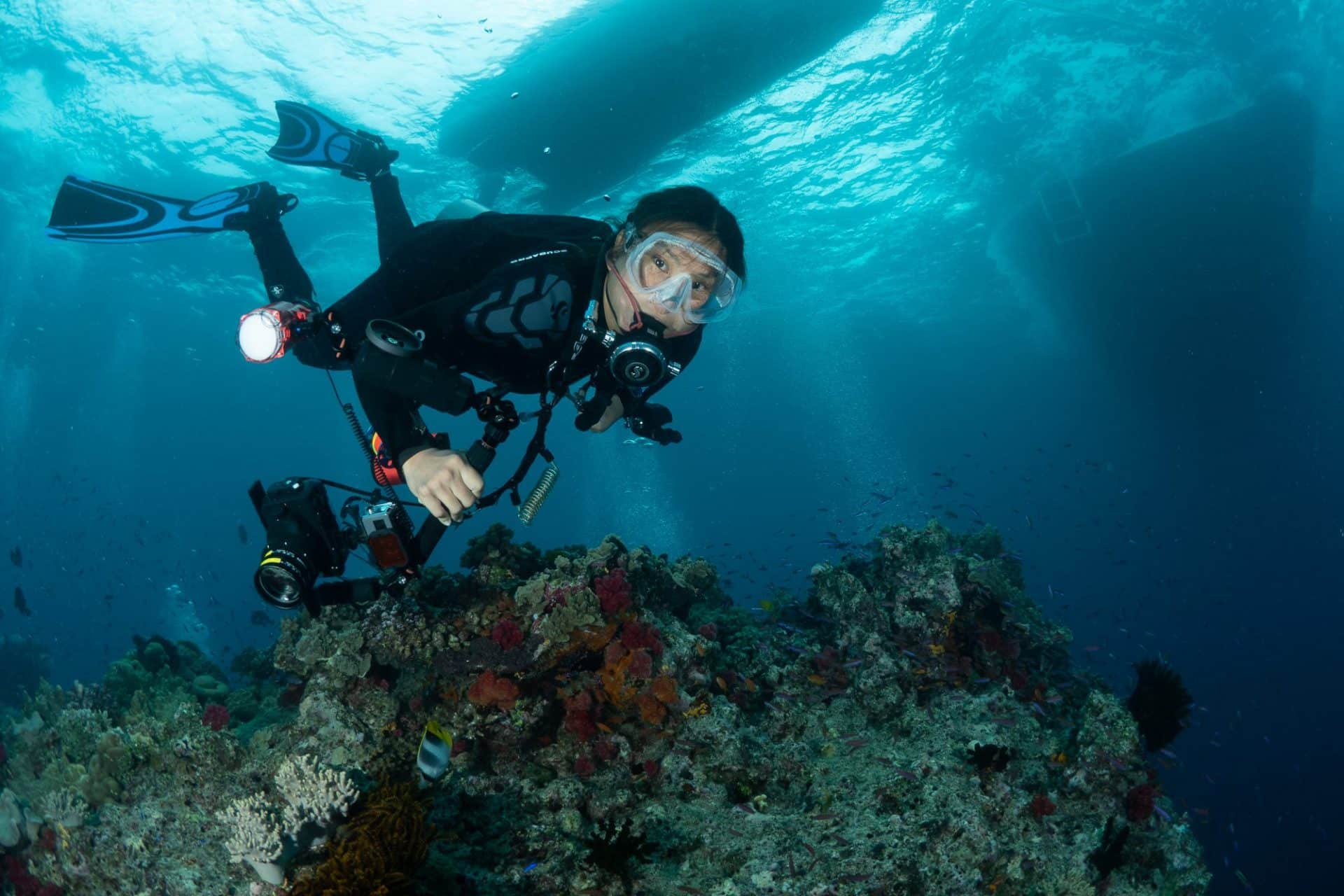 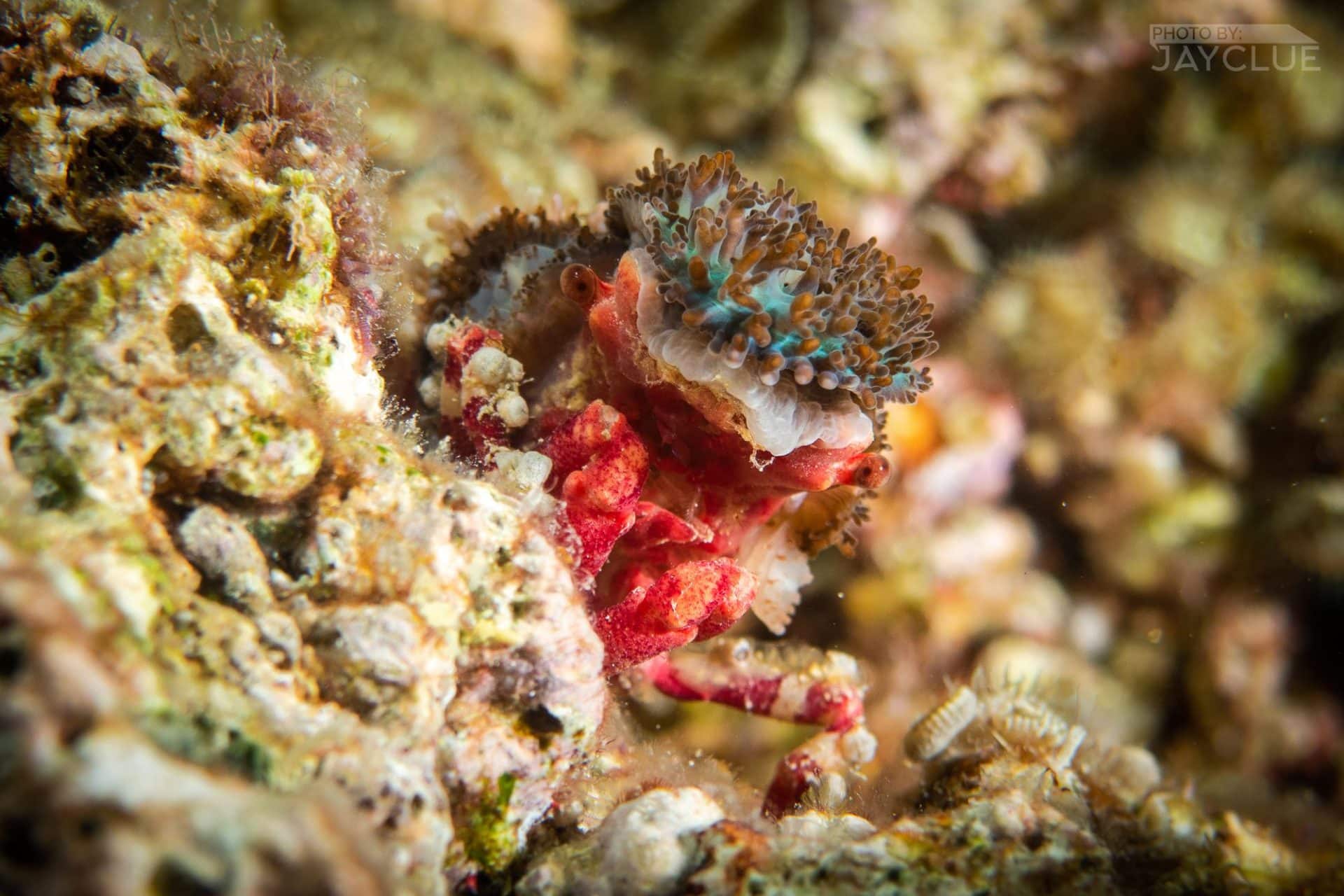 After two days in Wakaya, we were off to Nameena, another island fringed by pretty reefs.  The highlight here was a drift dive at North Save a Tack, where the current gently pushed us through pretty walls and arches, and we were surrounded by large schools of barracudas, jacks and bannerfish.  Black tip and white tip reef sharks also floated up to say hello – there was just so much to see! At the end of the dive, we did our safety stop on top of a pinnacle called Kansas – because the rippling of the soft coral in the surge resembled the corn fields of Kansas.  It was mesmerising to float along watching their gentle to and fro movement…

We also did a night dive on Nameena where I spotted a small shy pipefish that kept flitting about.  On the same dive, Jay found a super cool decorator crab with anemones growing on it – you should ask him about – he’s still obsessed by the little critter!

The next day was a super special day for one of our Ninjas – it was Joe’s 50th birthday!!  To mark it, he got underwater happy birthdays, and a delicious birthday cake after dinner! The underwater world joined the celebration, putting out a leafy scorpionfish (brazenly out in the open on the reef!), curious little sea dragon nudibranches, sleeping octopus, and a napoleon wrasse.  Later on in the day some pilot whales decided to visit the boat and frolicked at the surface, almost teasing us to come play with them underwater.

The next day we arrived at Gau, and dove Nigali Passage – one of the most spectacular dives of the trip!  We were dropped into a channel and were pushed along by the current along coral encrusted walls, trailing big schools of jacks and barracuda, until we got to a particular spot where there was a crack in the wall.  We all squeezed into the ledge formed by the crack, and then the sharkie show began! Grey reef sharks – lots and lots of them! And as we were stationary and not free swimming, the sharks kept getting closer and closer, until all we could see was a wall of grey reef sharks – mindblowing!  And among them were the cutest little baby sharks – they made feel like cuddling them, they were so small!! Aaaaw… But Nigali wasn’t done with us yet – as we slowly floated up to do our safety stop, a banded sea krait came right up to us to give a snakey hello!

On a high from that dive, we got back to the boat to get ready for a land excursion to a local village for a Kava ceremony – and an unexpected wedding!  Chris and Giacomo announced that they would like to get married at the village that evening, in a traditional Fijian wedding! We were all thrilled for them – and it turned out to be a really touching and sincere ceremony.  They were dressed in traditional Fijian wedding clothes, and received many blessing as the villagers sang and danced to celebrate their marriage. We also drank Kava, the traditional Fijian drink made from a root. It’s not alcoholic, but is purported to have narcotic properties, and is shared as a symbol of welcome and friendship – and we certainly felt really warmly welcomed by the villagers.  It’s a night that I will never forget, and Chris and Giacomo’s happiness was palpable for everyone to see. Congratulations again to the happy couple!!

The next day was our last day of diving.  We explored another coral encrusted pinnacle, where among other things we spotted a banded pipefish and an absolutely huge nudibranch!  Then it was back to Nigali passage for another super sharkie dive – the grey reef sharks were out in force, almost as if they were gathering to bid us goodbye and wish us well! 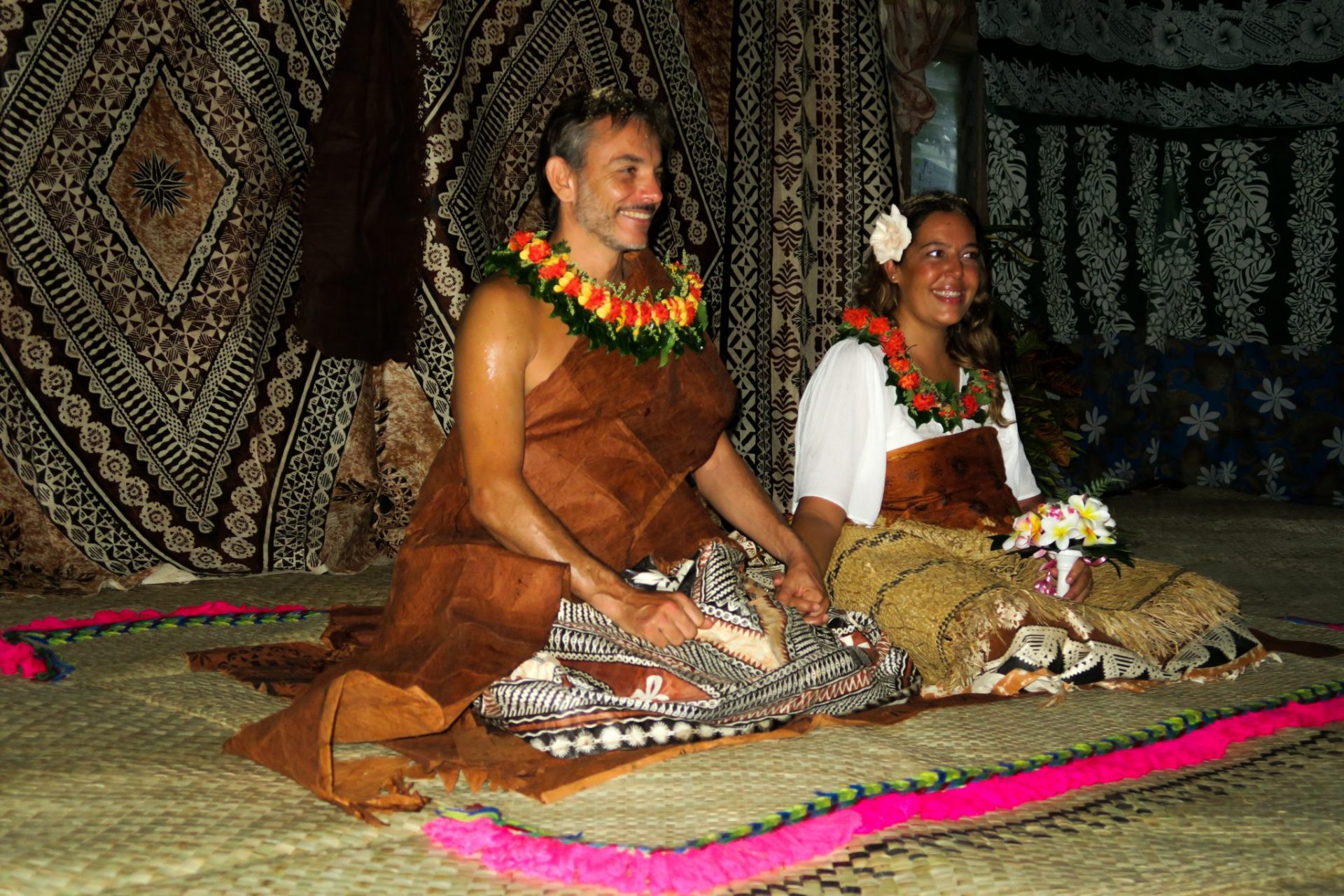 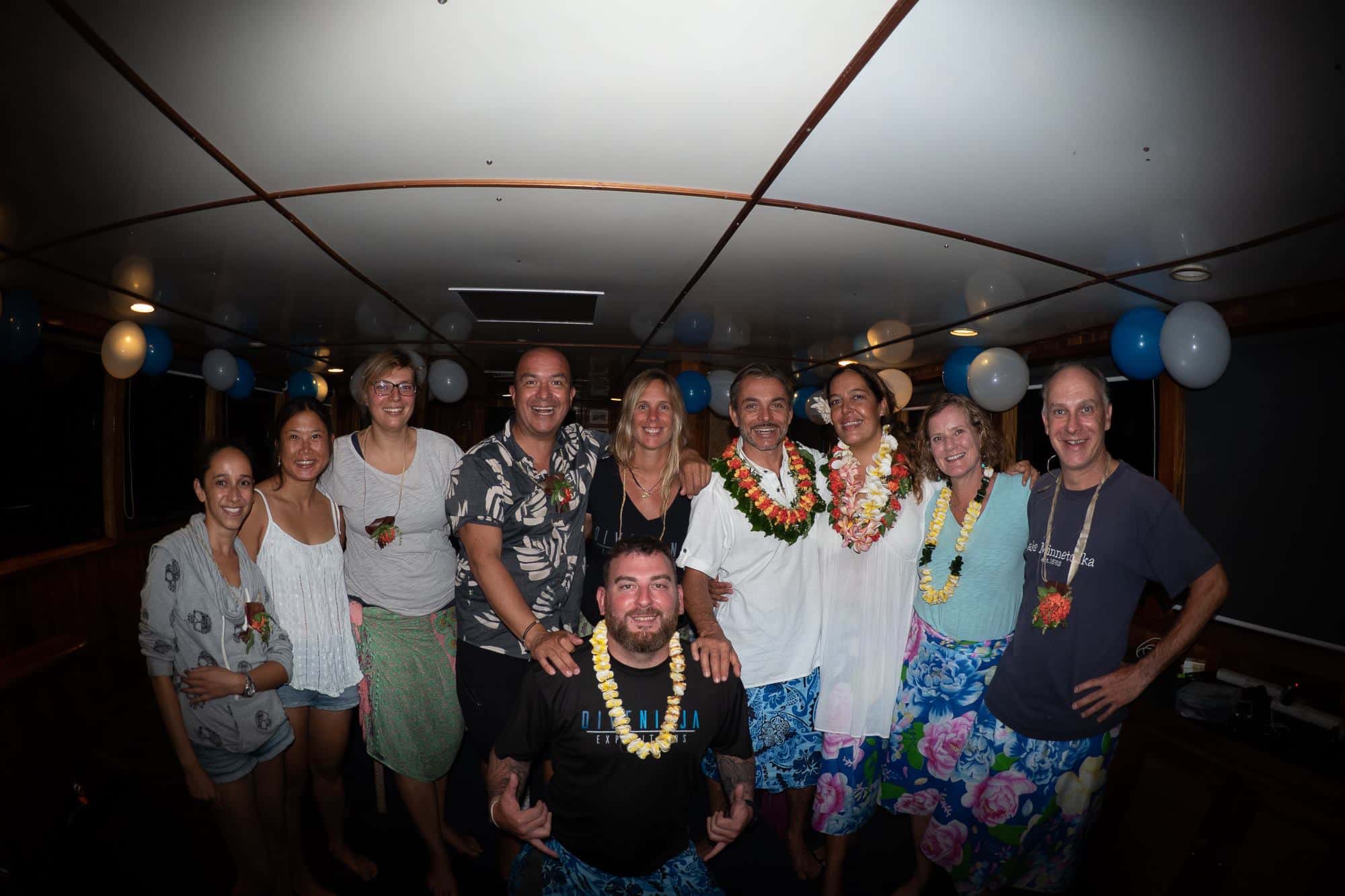 All Good Things Come to an End

The boat than motored back to its home port of Suva, and the crew prepared a cocktail party to say goodbye to us.  We got a chance to relive and reflect on the trip as Jay pulled together a trip slideshow of everyone’s pictures and movies – it was amazing how much we saw and what had happened in the space of a week!  Finally, the next day it was time for goodbyes, as the Ninjas dispersed to the four corners of the globe.

I had an amazing time on the trip, both in the water and out, and a lot of it this is due to the super fun bunch of Ninjas that joined me on the trip – so big thank yous to  Sabina, Camillo, Karla, Joe (the 50), Sara, Vanessa (monopoly fiend), newly weds Chris & Giacomo, and last but not least Ninja Leader Jay! A big shout out also to the crew of the Fiji Aggressor, especially Captain Joji who got us everywhere we needed to be despite the weather, and dive guide Richard, who made each dive fun with his prankish sense of humour, and draws the most amazing dive maps!

Want to find out more about Fiji, or book a trip to check out the South Pacific yourself?  Give us a shout and we will more than happy to answer all your questions and arrange everything for you.  Have some Kava on us!

Register Interest for Our Next Expedition 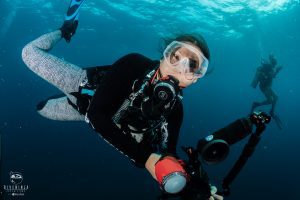 Lover of all marine animals big and small – and ok, yes, I like diving a lot!  When not underwater, I can be found in London with my goldfish.
Follow Sze Wei on Instagram 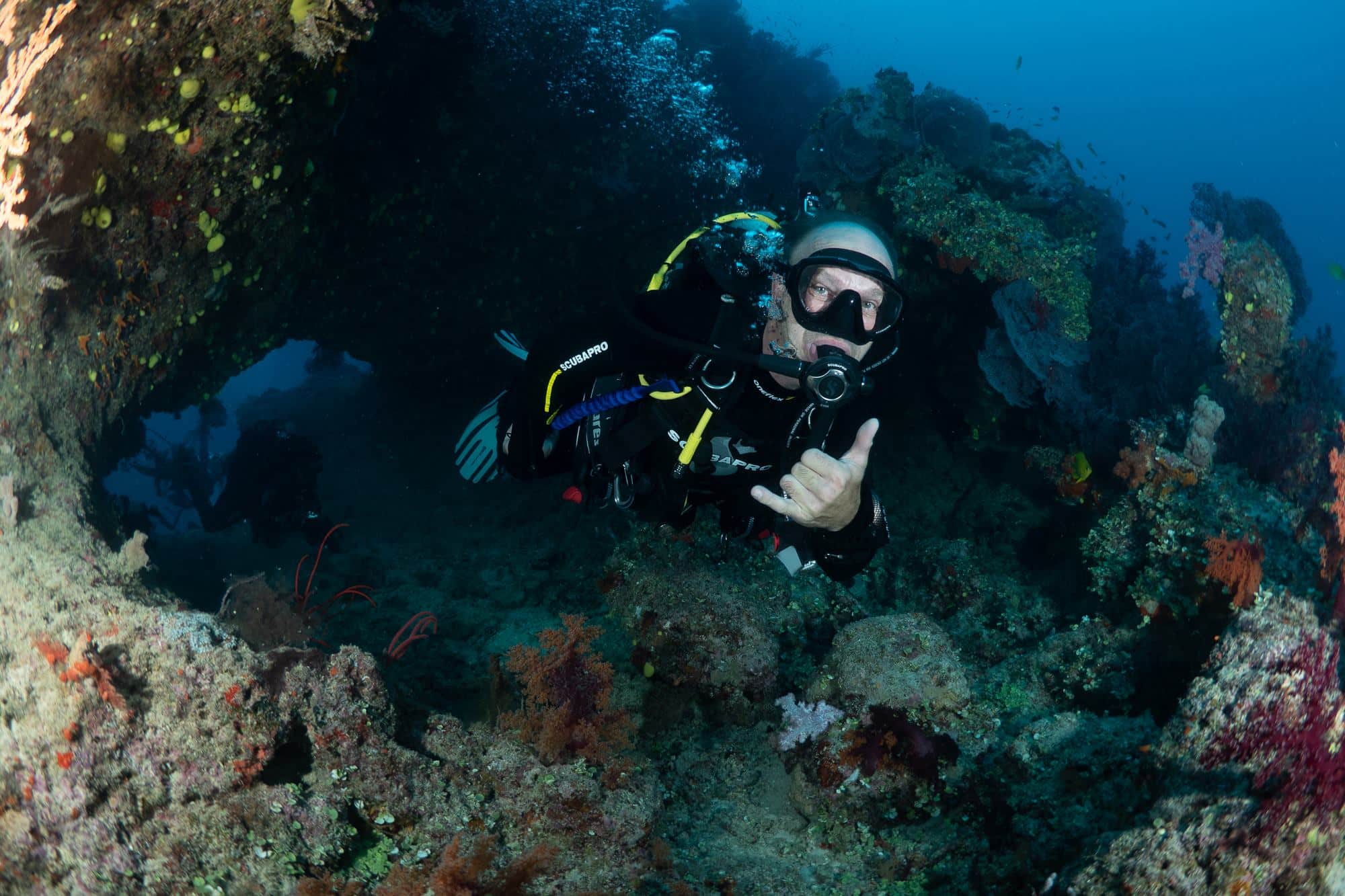 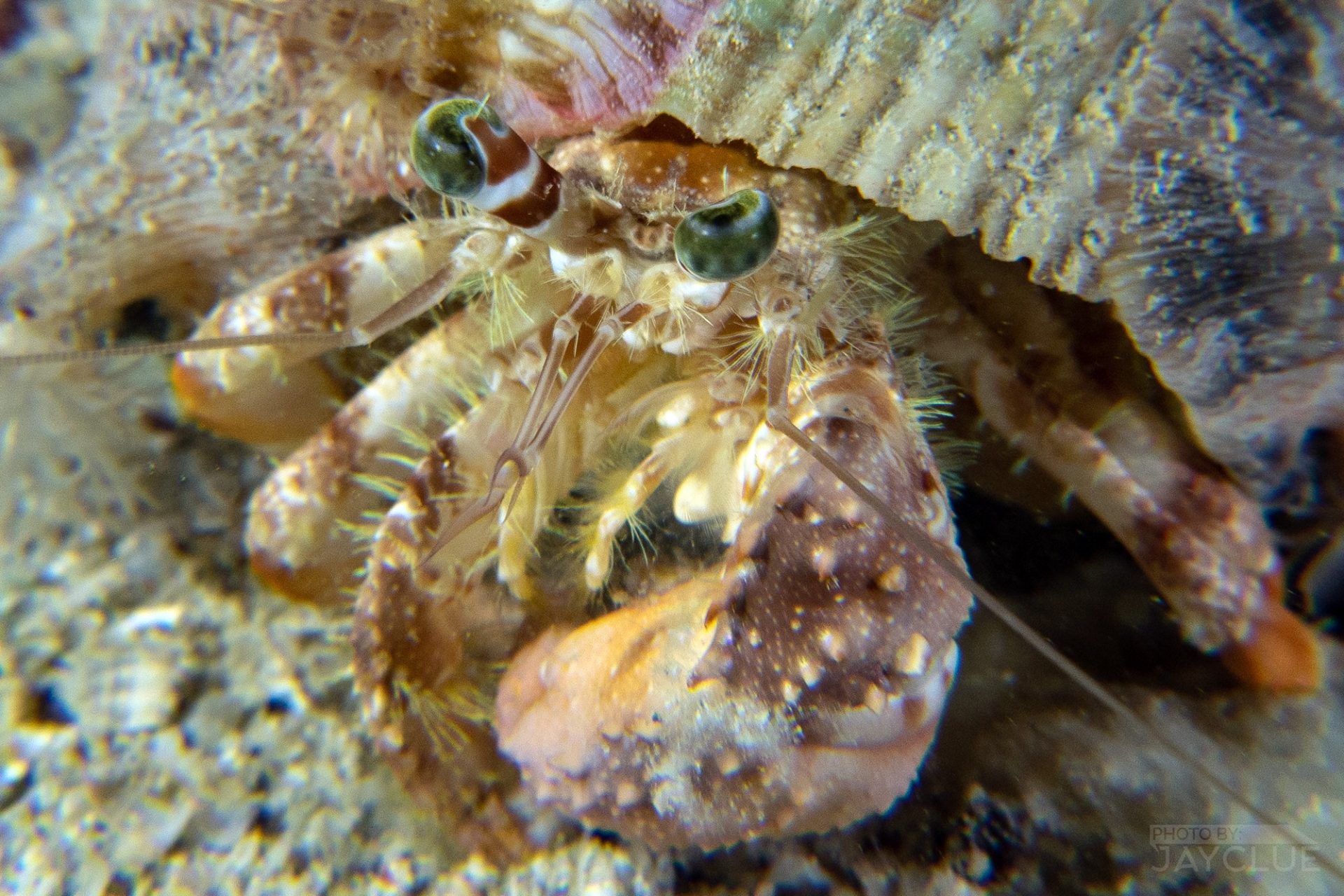 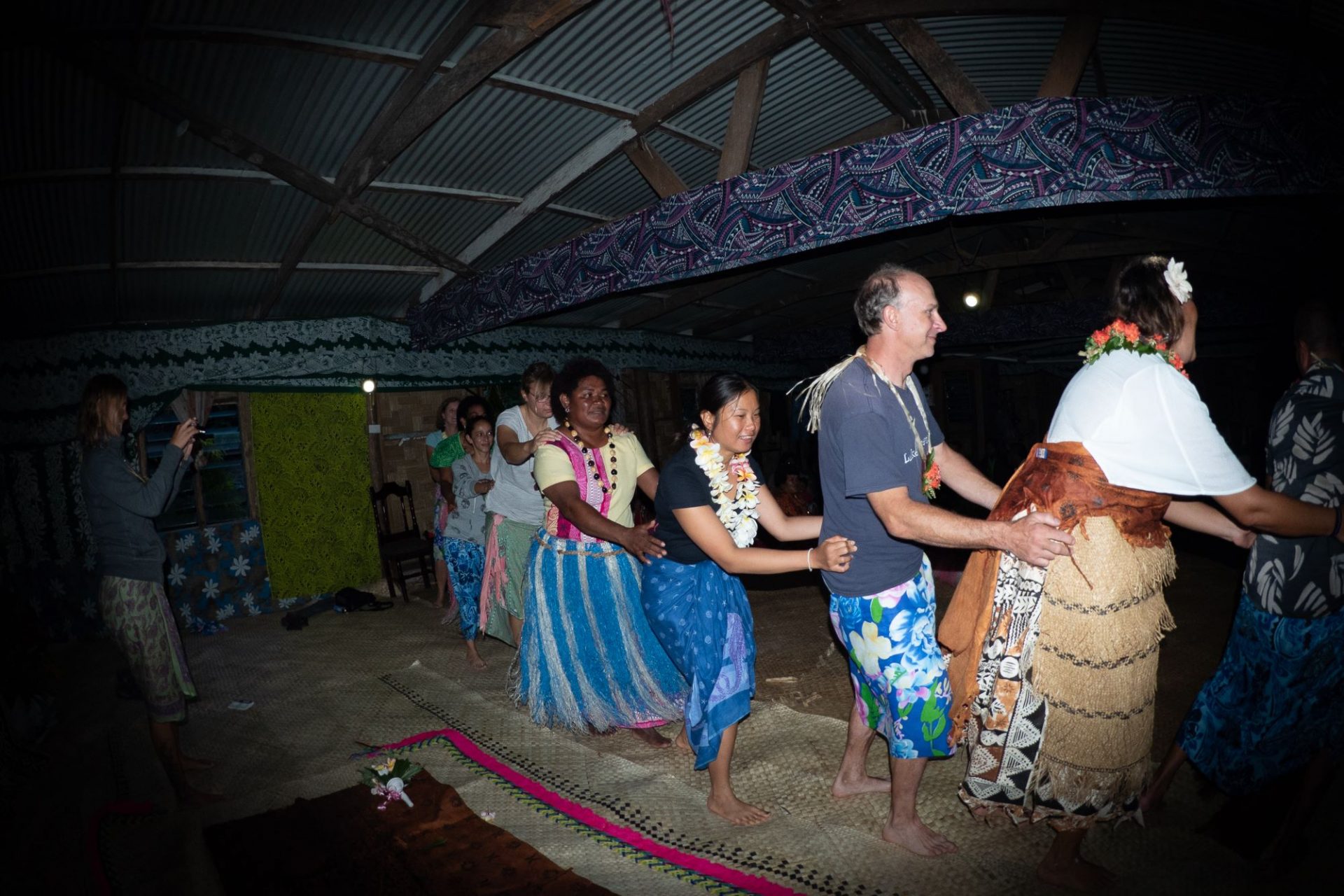 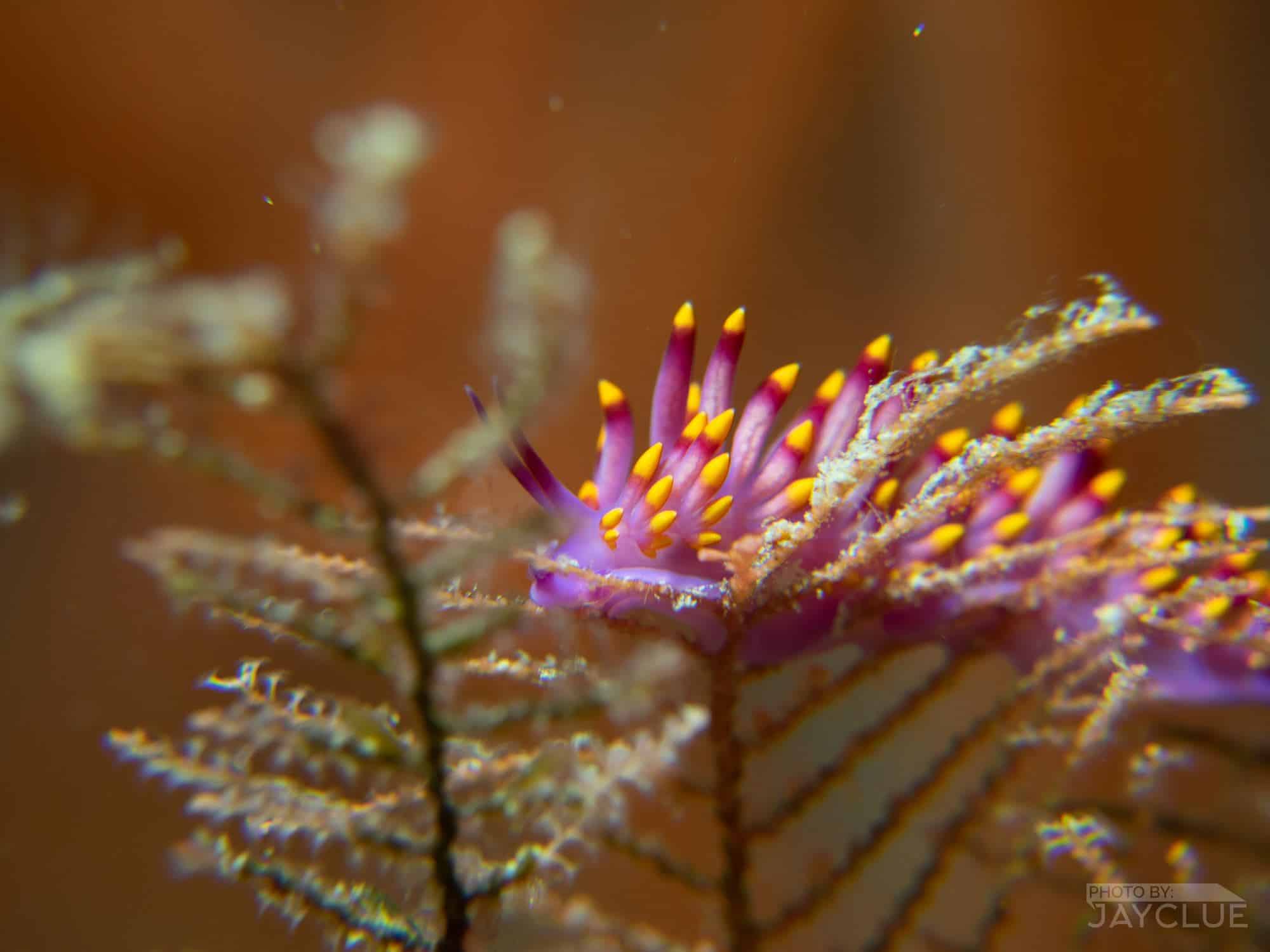 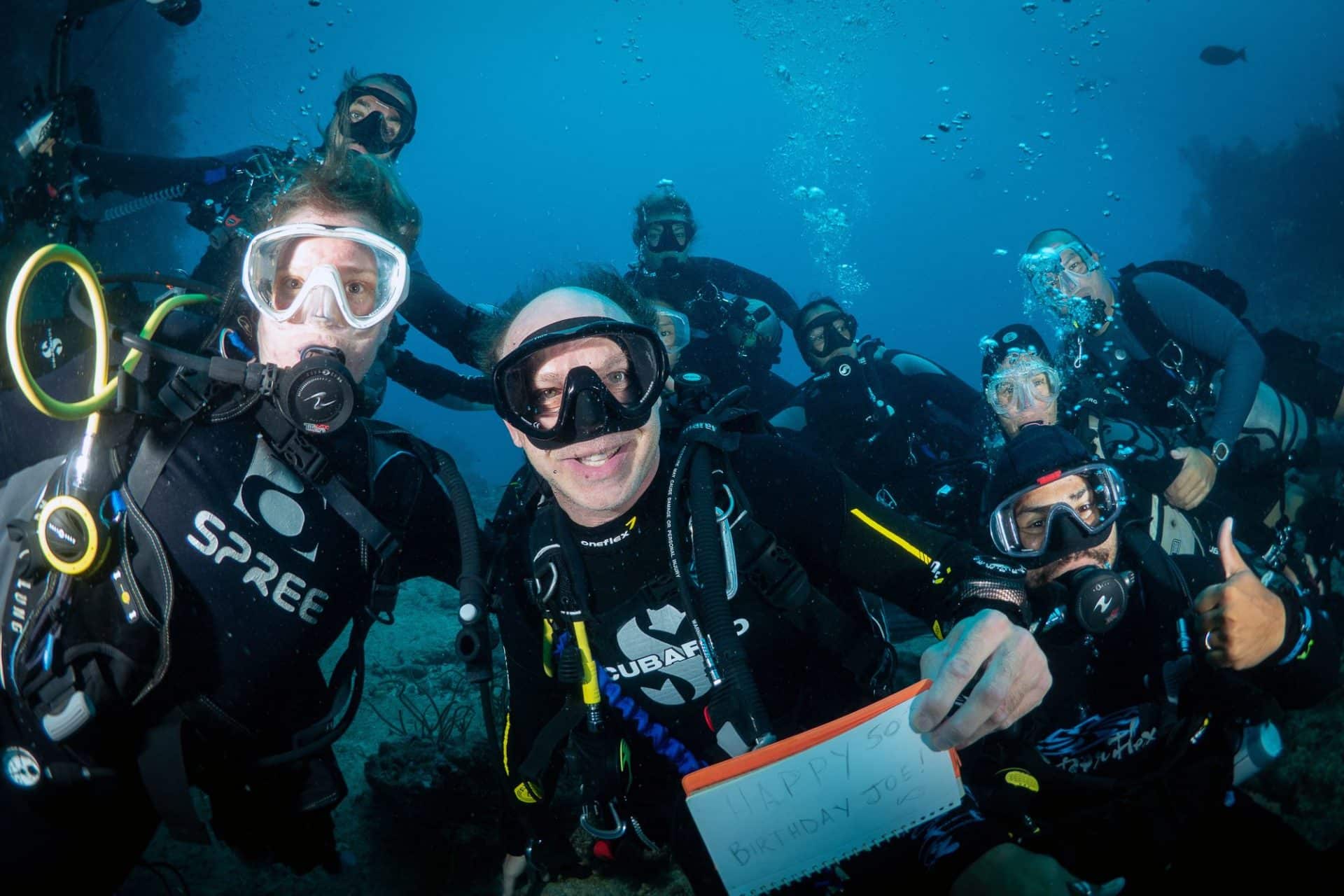 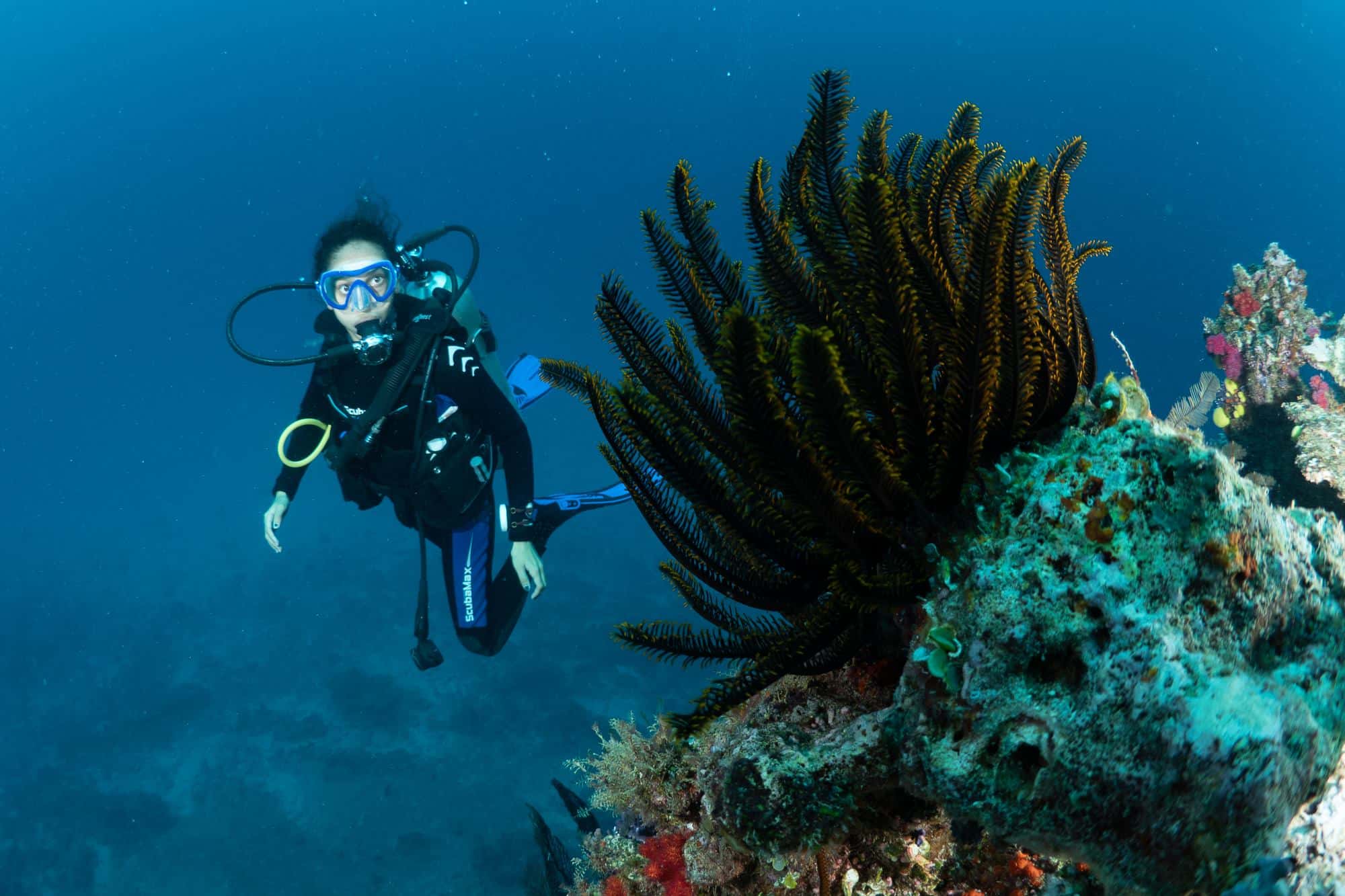 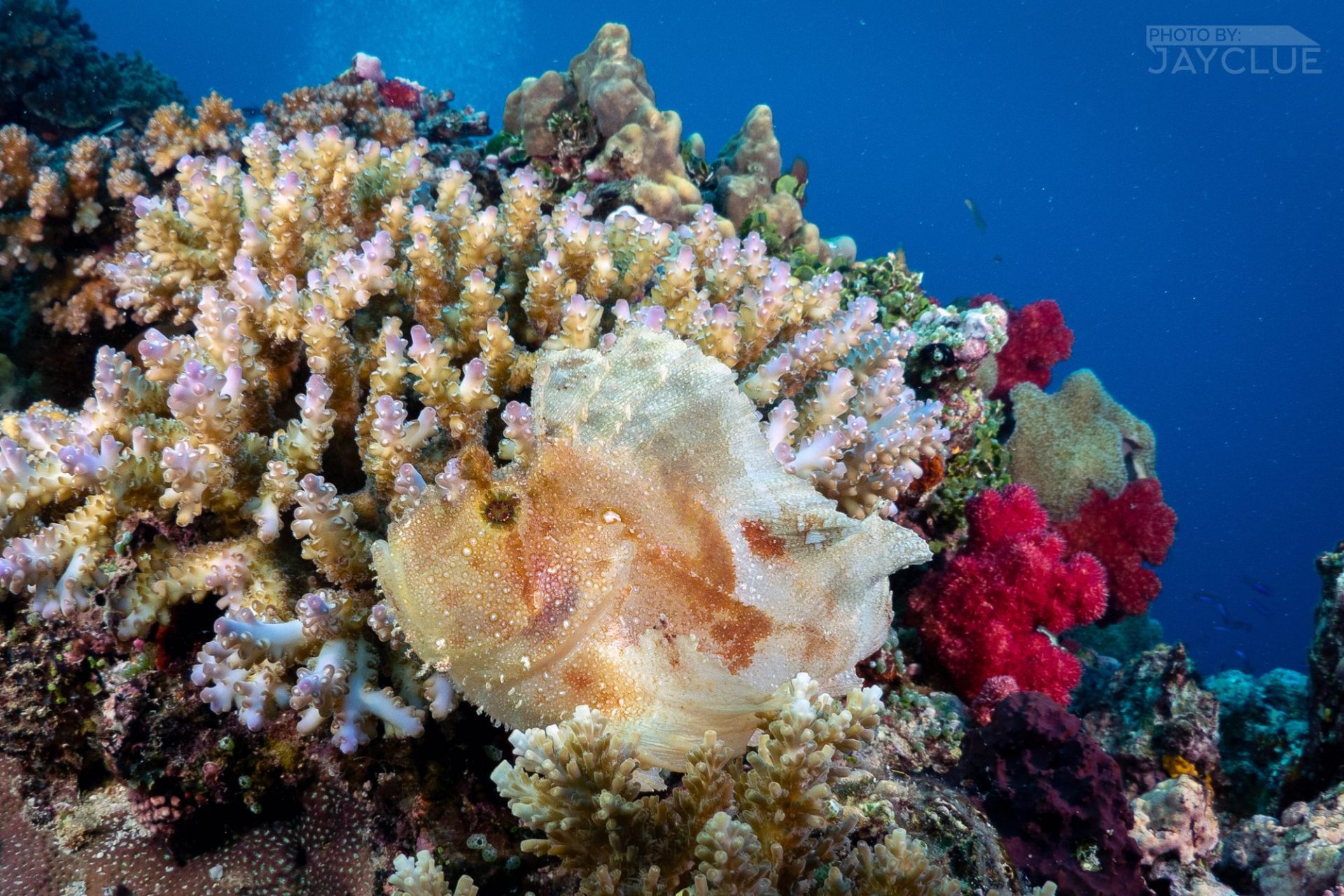 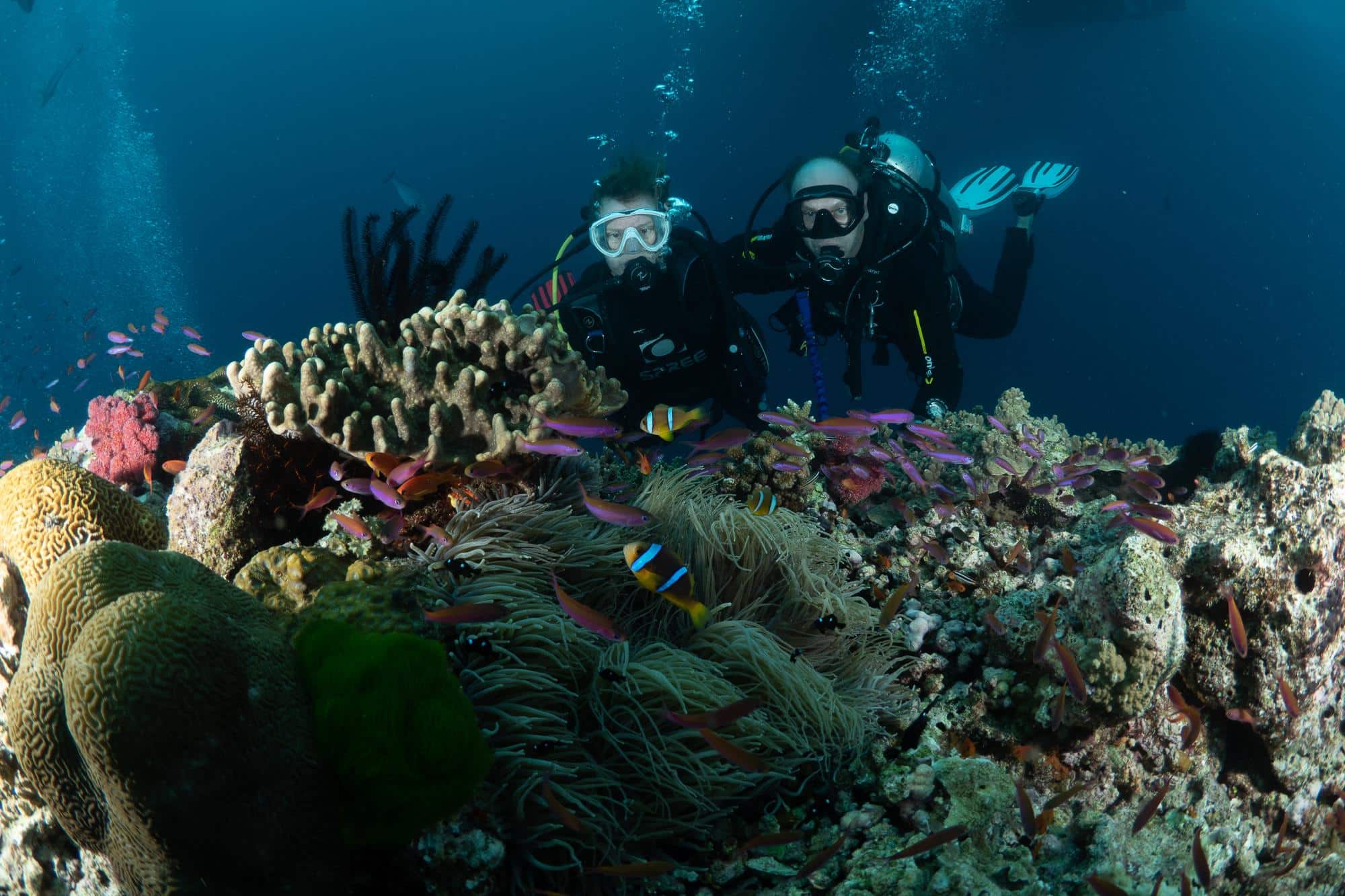 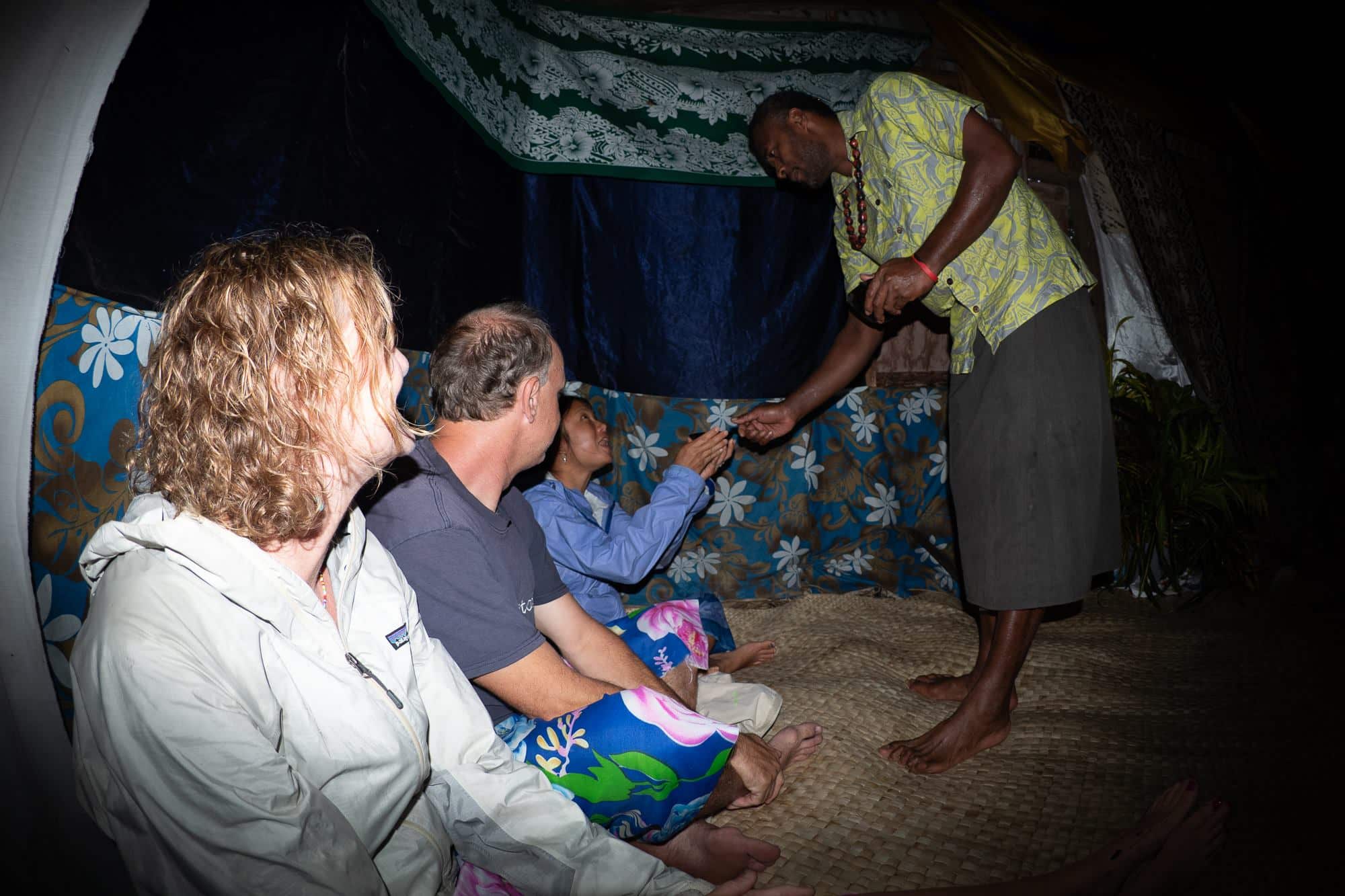 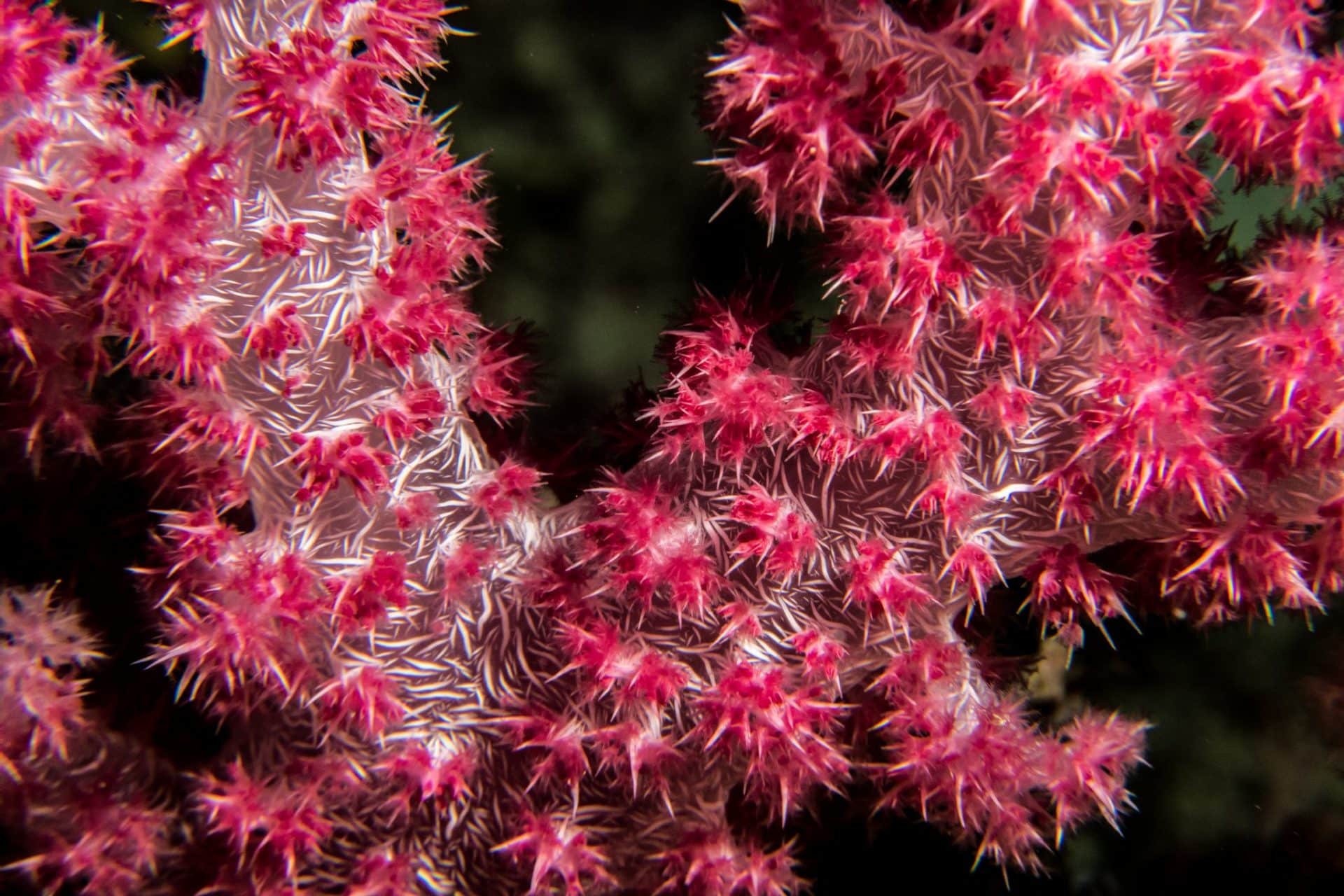 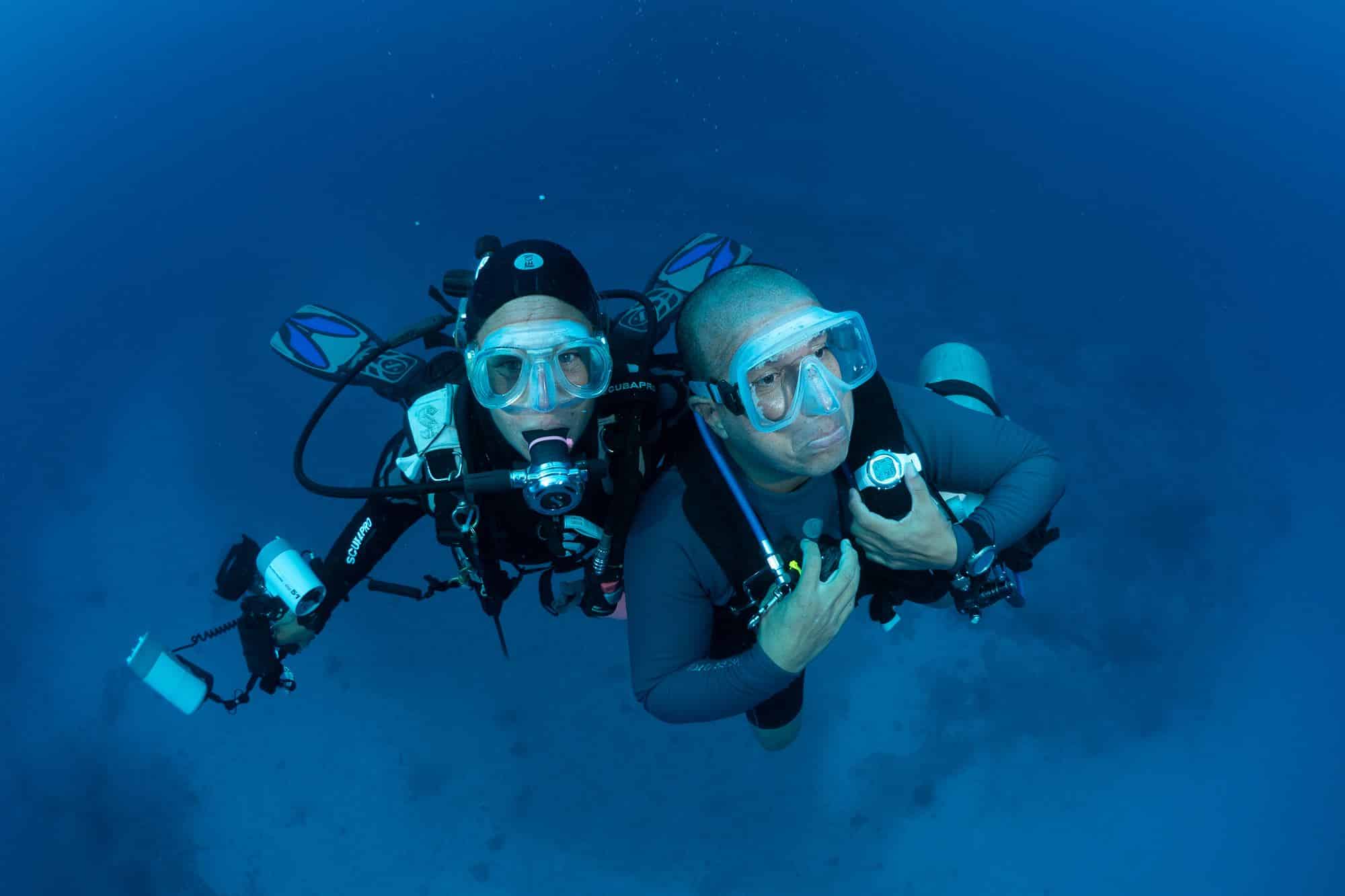 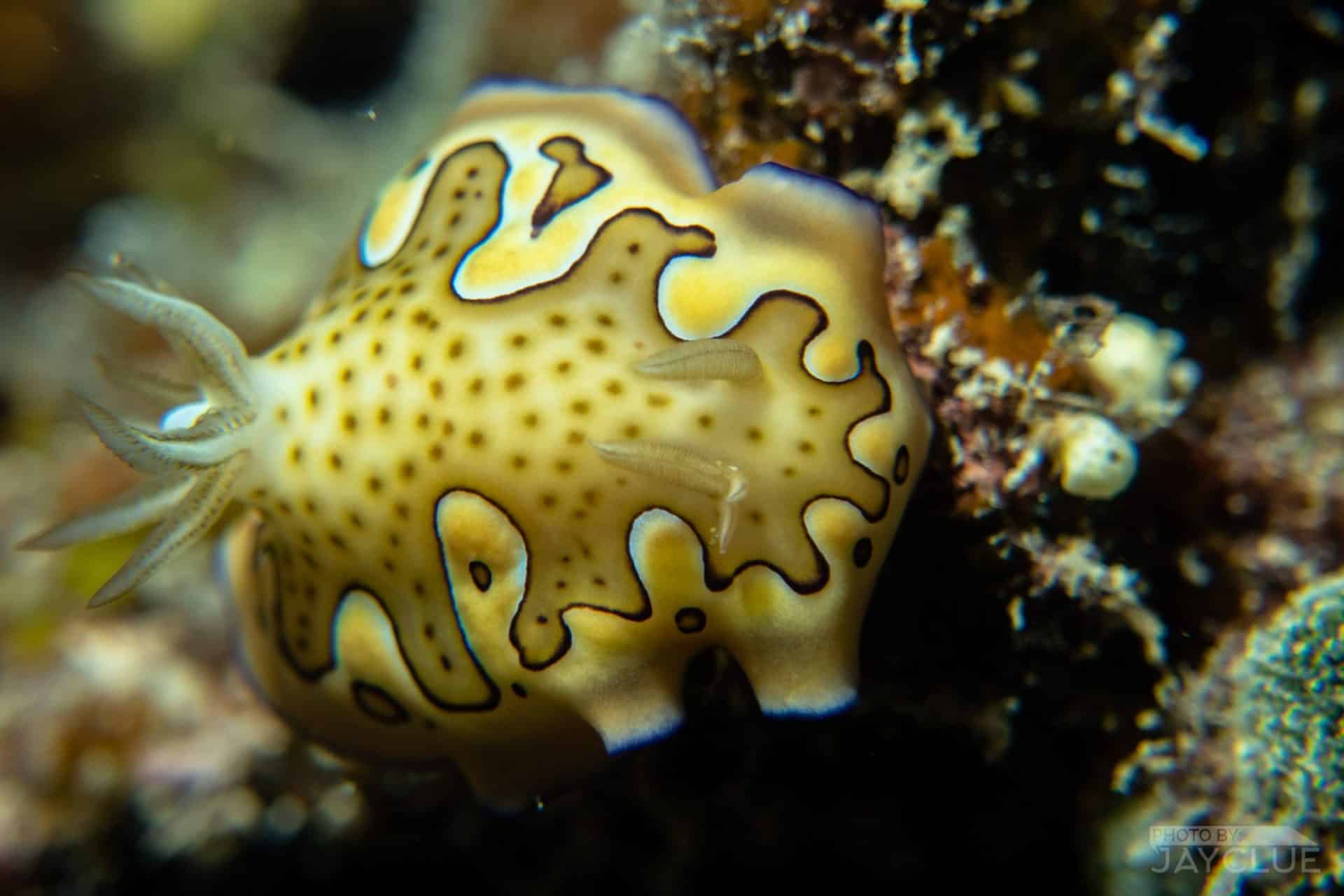 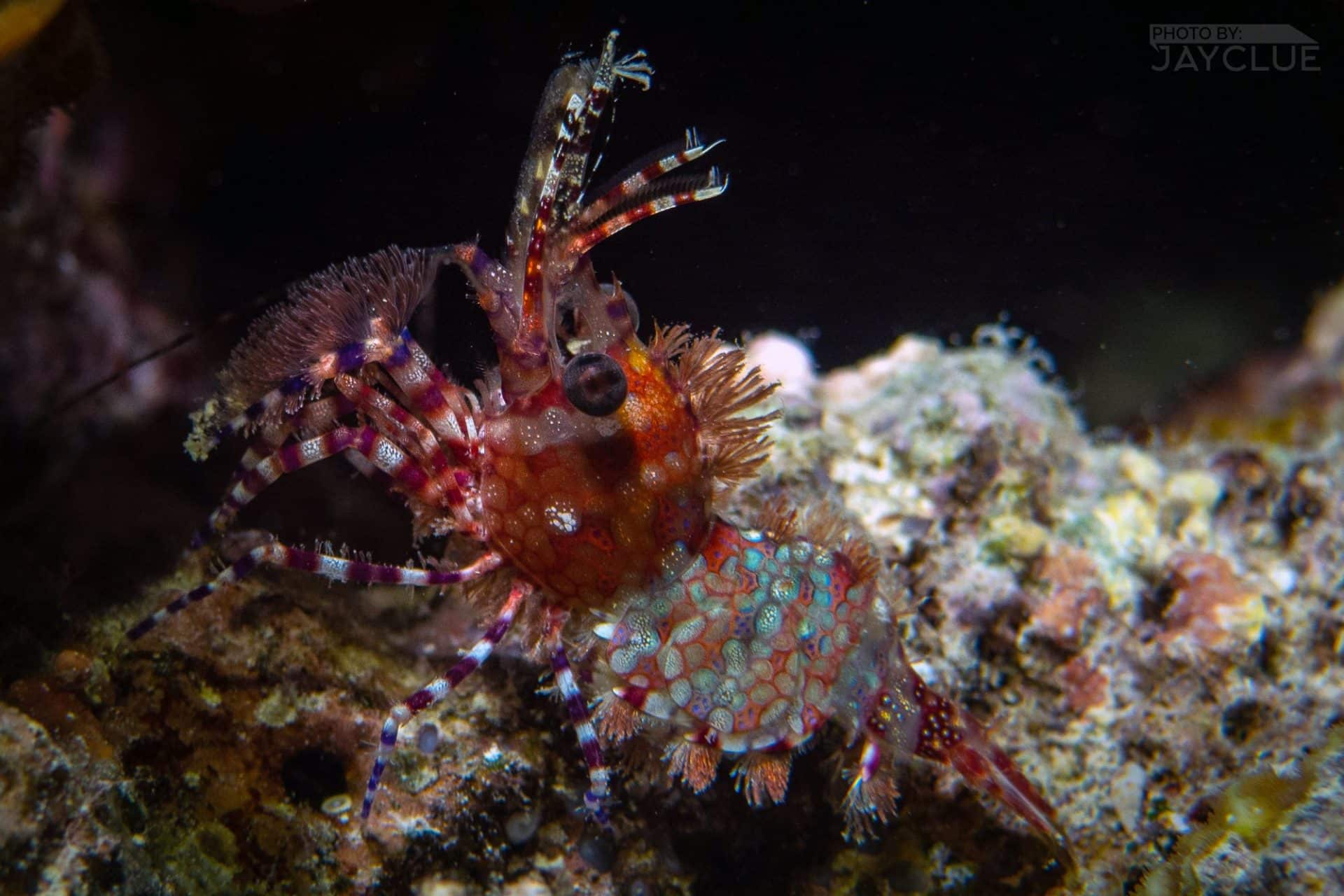 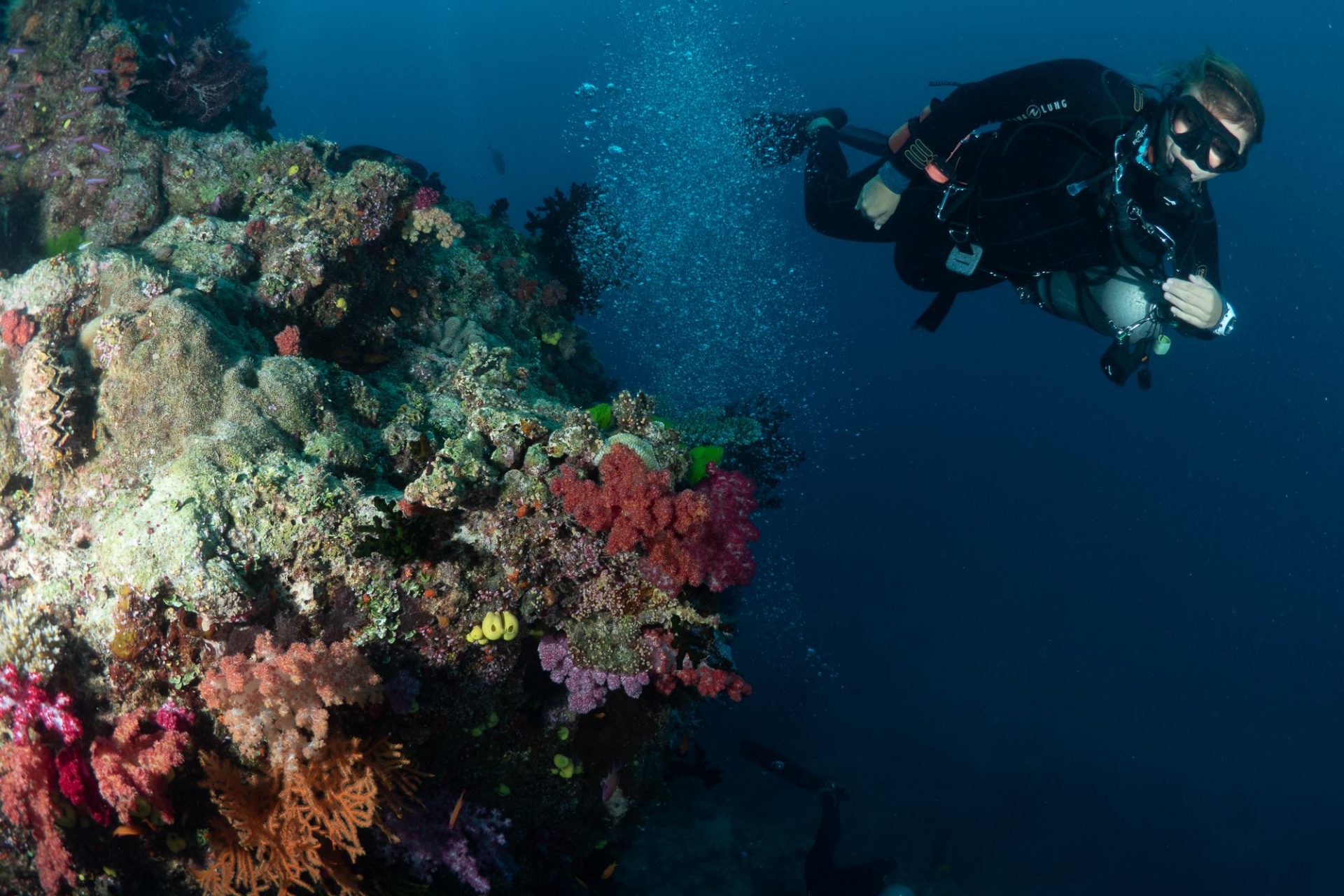 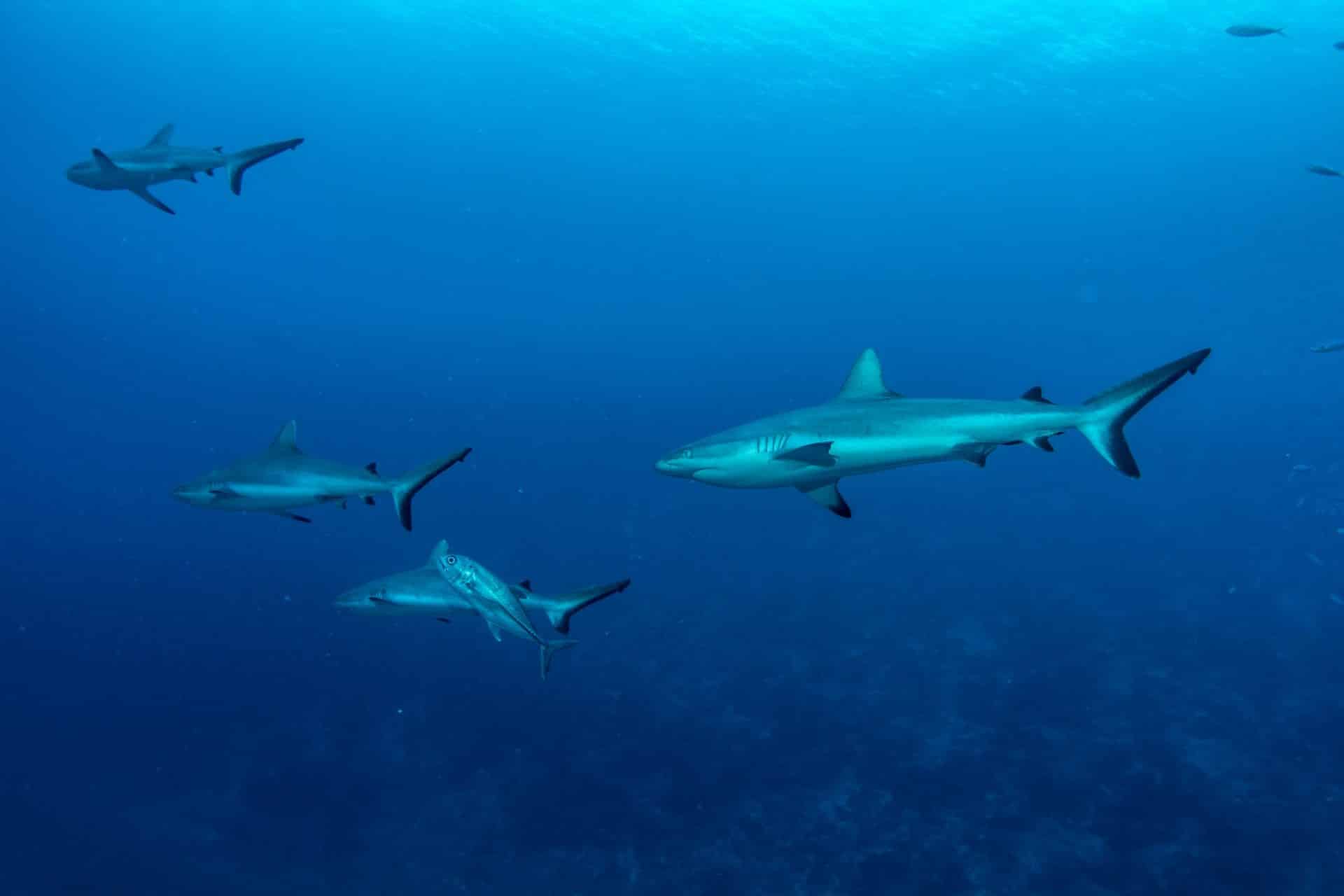 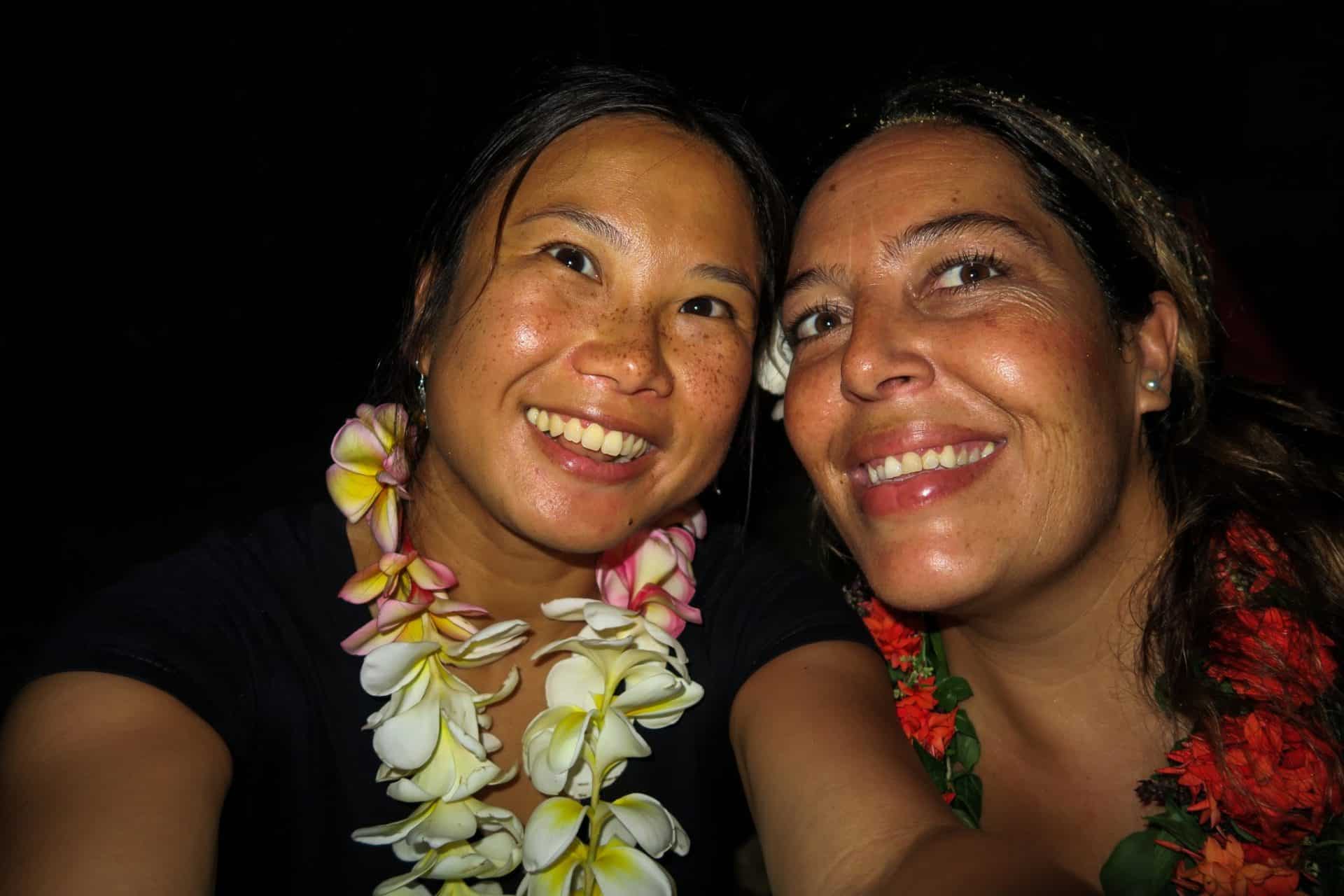 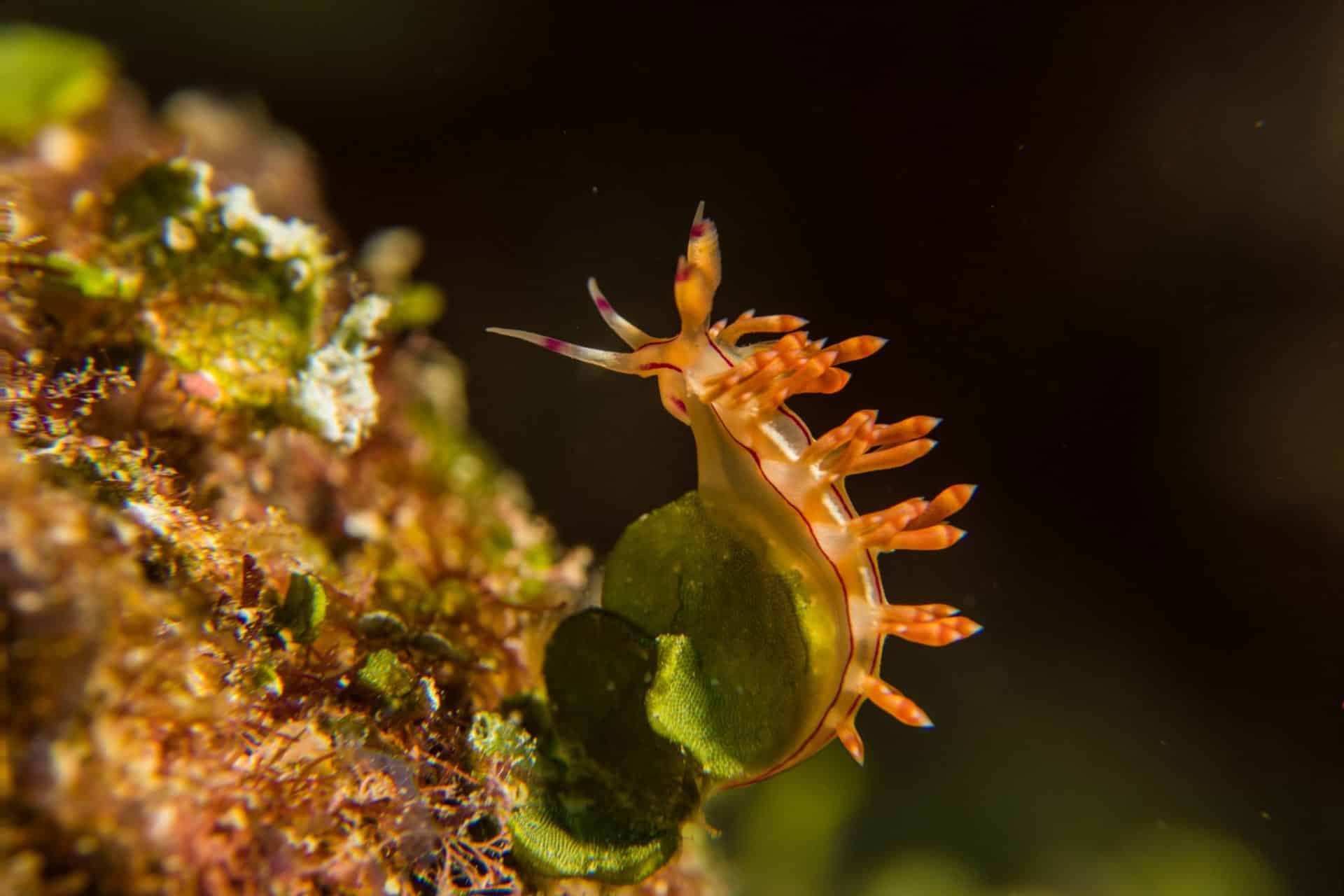 About the Author: Sze Wei