8 Ways To Be A More Ocean-Conscious Consumer

We have incredible power as consumers. Every dollar we spend is a vote for or against our oceans depending on the brands we support with the products we buy. As a collective, we can change the demand, and create a market that is protecting our oceans instead of destroying them. Read on to find out your consumer IQ and tips to start shopping more seastainably today!

From the carbon it produces during its conception to the havoc it causes long after its thrown away, the story of plastic can be classified in the horror genre with regard to our oceans. Of course boycotting plastic altogether seems impossible in today’s society, but you can come close. There are people all over the world who are living a plastic-free lifestyle with kids, while traveling, in a van- you name it. They are sharing their tips, products, and brands with the world via social media, documentaries, and online. The most helpful way I’ve found to transition to plastic-free is following inspiring accounts, getting ideas, and slowly swapping to sustainable alternatives. Share your consumer feedback with your favorite brands: ‘hey, I love your ‘green’ vegan burgers, but WHY are they wrapped in three layers of plastic?!’ Send them an email, or tag them in a social media post. You can actually ask an Amazon customer service representative to put a note on your account that you want all future orders to avoid plastic packaging or extra packaging where possible, it takes just a few minutes.

Check out A Waste Free World for Plastic-free Kitchen, Bathroom, and Travel,  100 Steps to A Plastic-Free Life, and follow Girl for a Clean World for tips to live plastic-free while traveling in foreign countries and living out of a van! 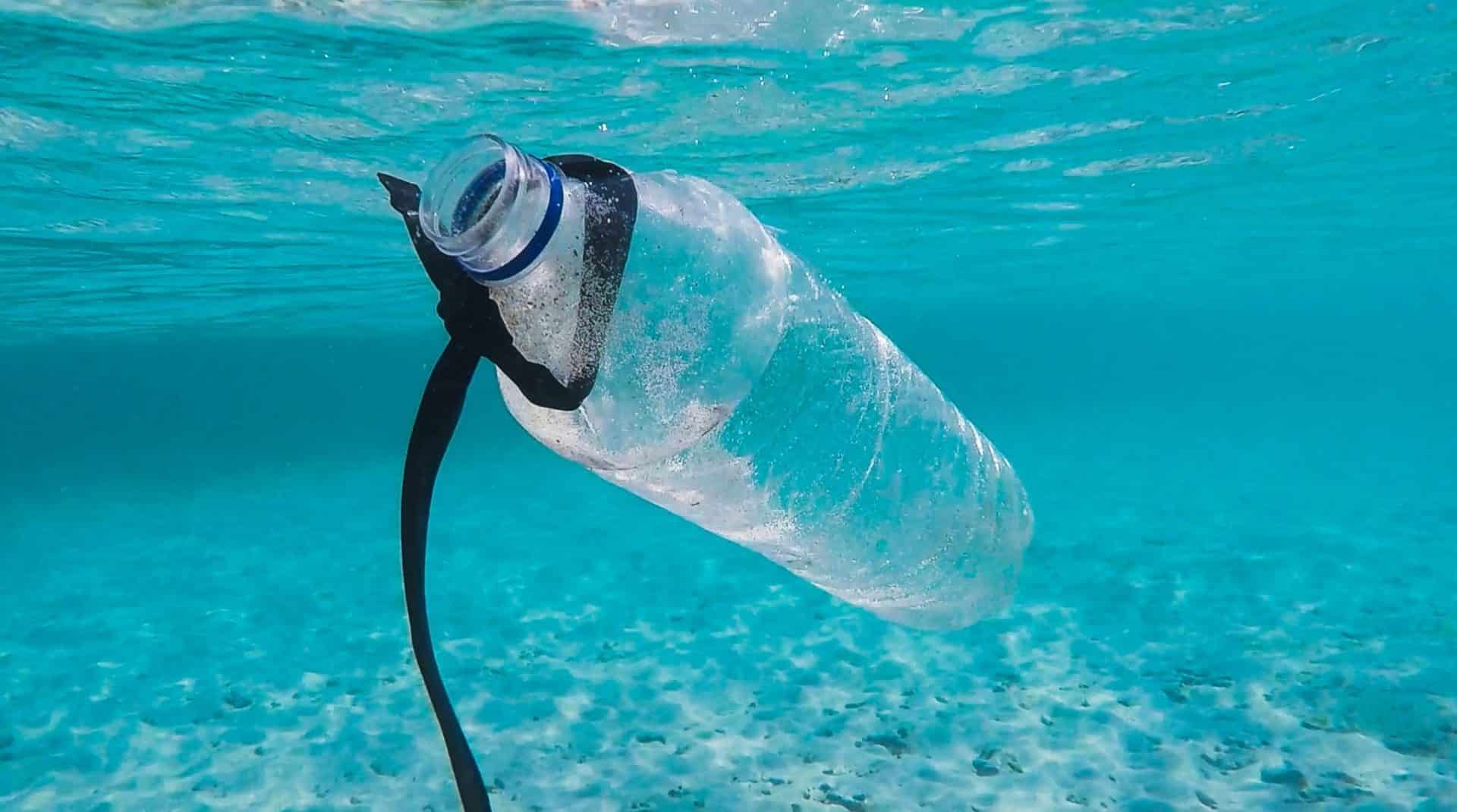 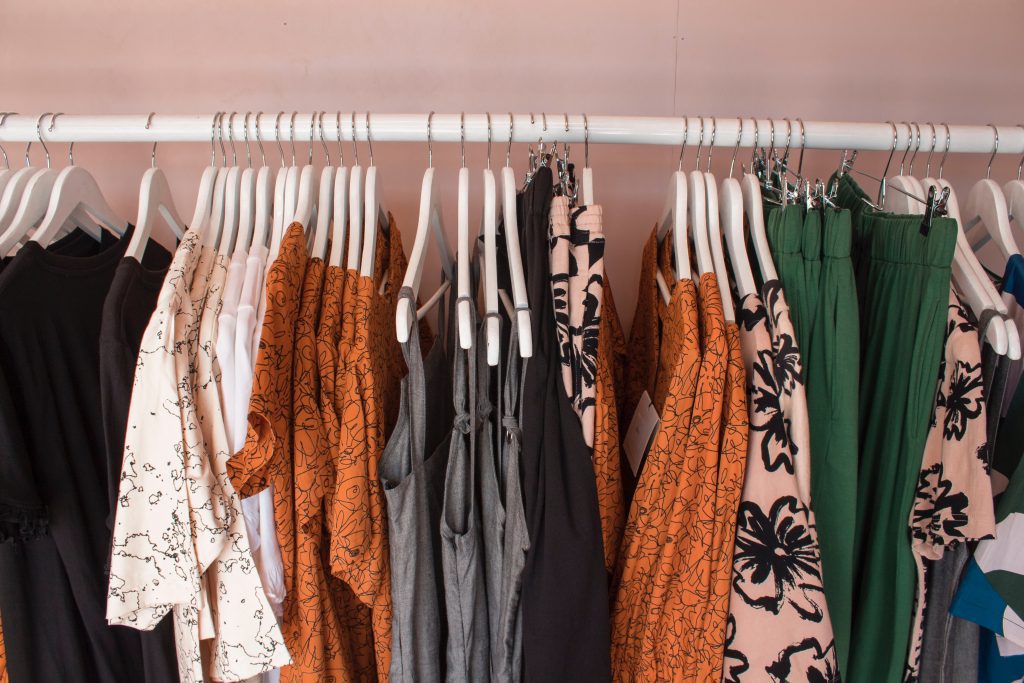 2. BREAK UP WITH FAST FASHION

Look at the label on your clothing, what is it made of? Most clothes today are made from synthetic fabrics such as polyester, lycra, nylon, and acrylic which is derived from plastic. So what happens when we wash our clothes over and over again? They start to shed tiny plastic microfibers so small that they bypass the filters on our washing machines and even our waste water systems eventually making their way into the ocean. Once there, these plastic microfibers absorb the surrounding pollutants in the water, such as the chemicals from agriculture run off, creating these invisible little toxic bombs that are ingested unknowingly by marine life. So, what can we do as consumers? More than 60 percent of clothes are made from some sort of synthetic blend, but this doesn’t mean you should throw your clothes out. In fact, wear them as long as you can, and wash them only when needed.  When you need to buy new clothes, or sheets, try to support brands that use natural fibers such as cotton or hemp, low-waste processing, and sustainable sources.  Dive Ninja T-shirts are made from organic cotton, printed in a renewable energy factory, and the wastewater is cleaned and recycled for the next batch- a sustainable journey from start to finish: learn more about the process here.

Check out these 10 tips to minimize Microfiber Pollution from your home. Support brands that are giving back to the ocean: 22 Degrees, Patagonia, Waterlust. Brands made from natural, plastic-free materials: MADI Apparel, Prana.

3. SUSTAINABILITY AT THE SUPERMARKET

There is a dead zone in the Gulf of Mexico spreading over 9,000 square miles, killing everything that cannot out run it. Massive amounts of animal waste, chemicals and eroded soil is washed into the rivers and streams and eventually dumped into our oceans as a result of our poor agricultural practices. Today, animals don’t roam around outside grazing naturally like they used to. They are kept inside, and fed corn and soy, which is grown on huge unsustainable feedlots that need lots of herbicides and fertilizers. When these chemicals reach our oceans they cause algal blooms that can suffocate and kill the surrounding marine life. Eat less meat, even just one meal a day, or one meat-free day a week can help, as it takes 25x more energy and resources to produce one calorie of beef than it does one calorie of corn. Try and buy local when you can, or even better, start your own garden!

Reduce these 10 environmentally destructive foods when you can, and try to incorporate these 10 sustainable foods into your next grocery list. 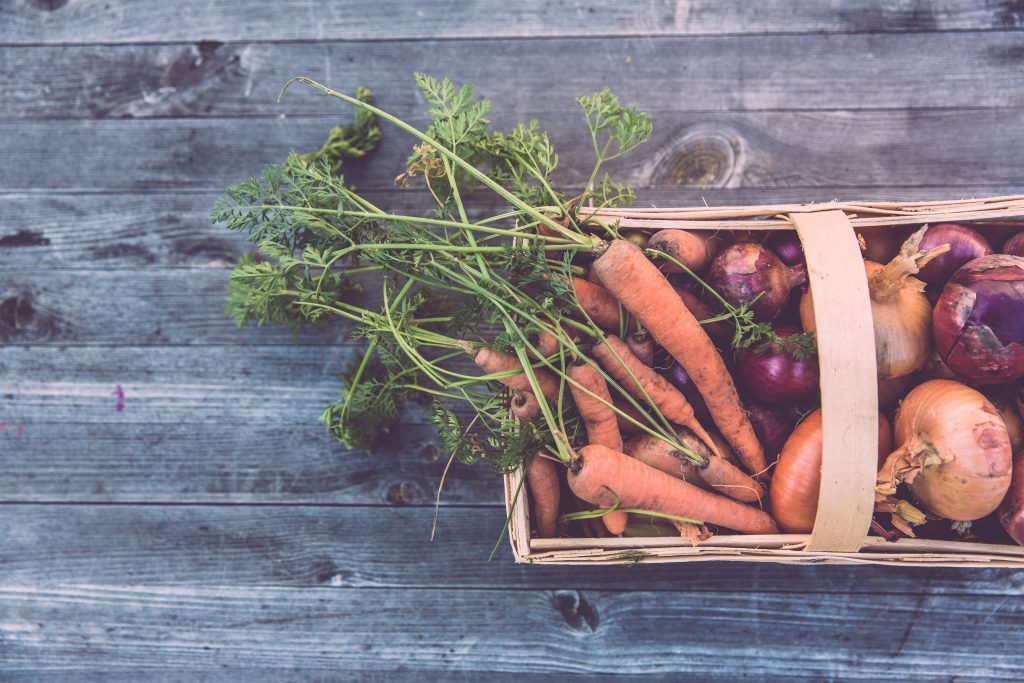 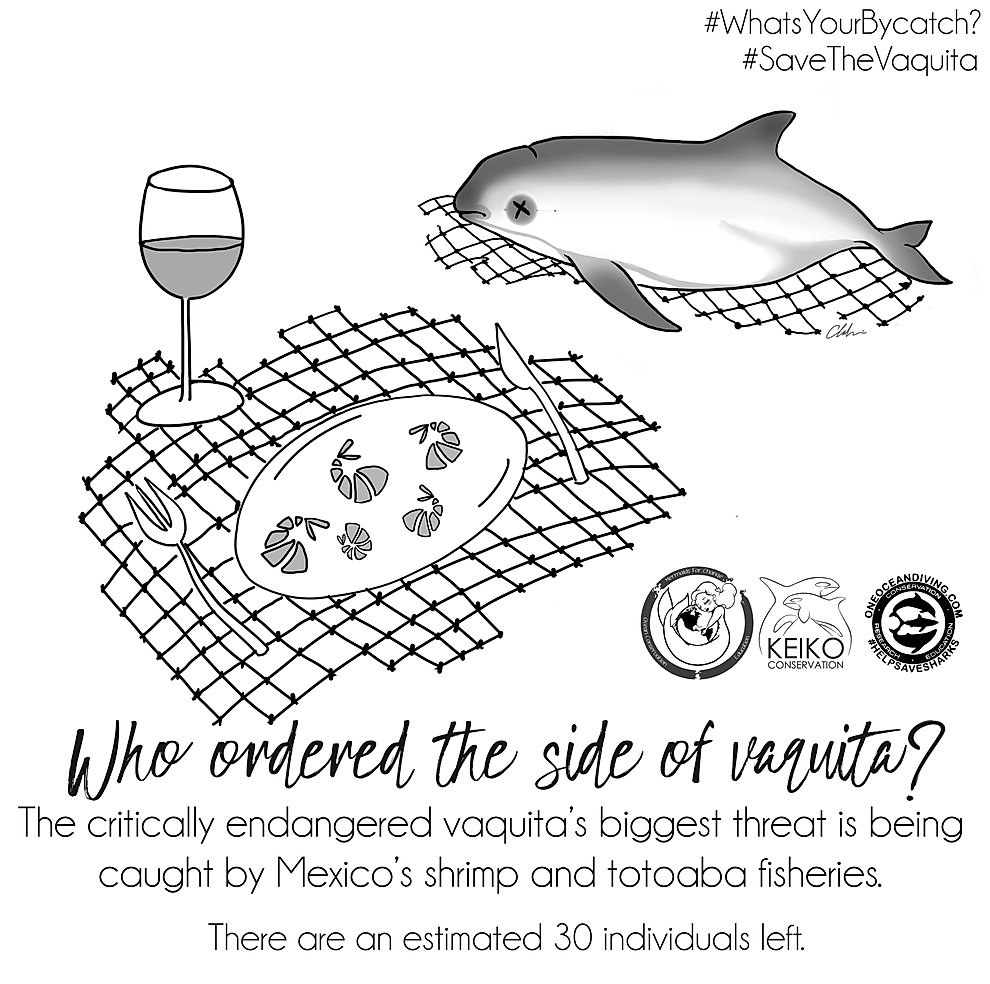 Industrial fishing catches more than what ends up on your seafood platter.  When you buy seafood caught with Drift-gill nets, bottom trawling, or on miles of long lines using thousands of hooks, you are unknowingly supporting methods that kills hundreds of thousands of dolphins, turtles, sharks, whales and other endangered marine life every year as by-catch. The higher the fish is on the food chain the higher the rate of by catch, because these predatory fish inhabit the same habitat as endangered migratory sharks such as Mako sharks, Blue sharks, and Hammerheads. In fact, some of these sharks even make it back to your plate disguised as processed fish products such as fish n chips, or fish sticks and patties. Shark, which contains toxic levels of mercury,  is sold in supermarkets all over the world as whitefish, rock salmon, flake, dogfish, and many other misleading names. When buying fish, check where it comes from, how it was caught, and when it was caught (some fish are only sustainable if caught in certain seasons). Just because it was farmed, doesn’t necessarily mean ocean-friendly! Some fish farms pollute the ocean with dangerous chemicals, feed their farms unsustainable caught wild fish, and release genetically modified fish into the wild which can disrupt healthy fish populations. Use the Marine Stewardship Council Blue Label to find sustainable seafood, and the Aquaculture Stewardship Council to find socially responsible farm-raised fish.

Check out other names that shark is disguised as here. Learn what makes a fish sustainable in this quick video!

Black corals used to be abundant on Caribbean reefs until we decided that we liked to wear them more than swimming next to them in their natural habitat. They became so valuable in the jewelry industry that they have now been harvested almost to extinction.  Unless they are fossilized, don’t buy sharks teeth, corals, or shells. Everything in the ocean has a function, and when we encourage sellers to keep taking we disrupt this balance, eventually causing ecosystems to collapse. For example, the beautiful Triton shell, which can be found as decoration on coffee tables nowadays, provides a home for an essential enemy of the Crown of thorns starfish. Without them, the crown of thorns population explodes out of control and they will devour the coral reef ecosystem if left unchecked. Many corals are left endangered due to over-harvesting of seashells for tourists. Shagreen is a leather product made from stingray and shark skin used to make luxury leather products such as boots, purses, belts, even watch-straps for the high-fashion crowd. Also watch out for furniture, hair clips, turtle-leather products, or anything labeled tortoise-hair for the sake of the endangered sea turtles. 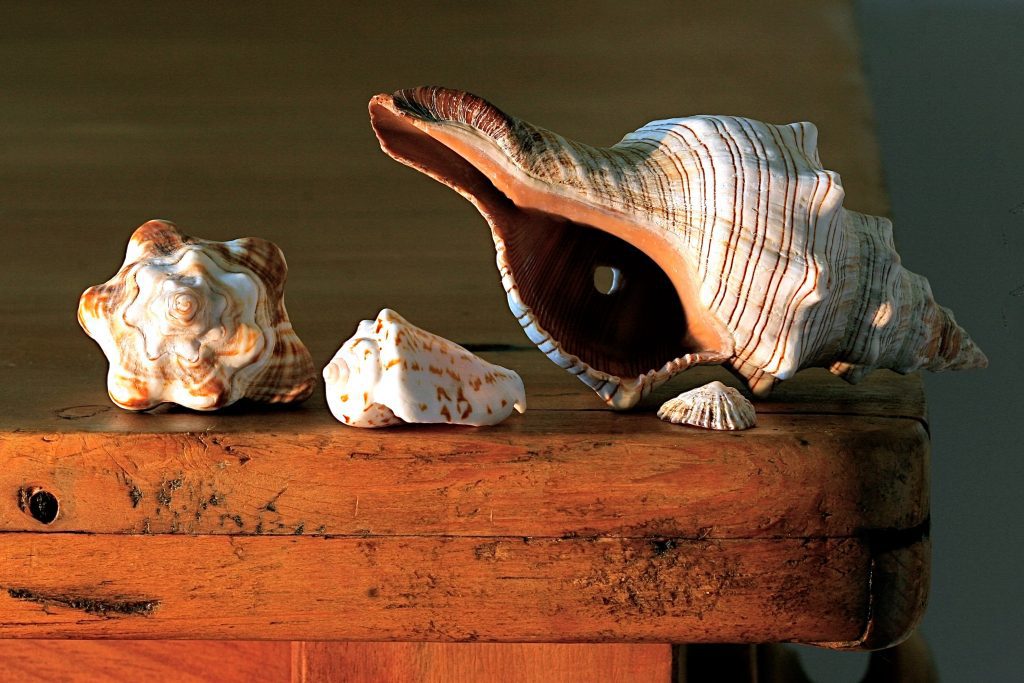 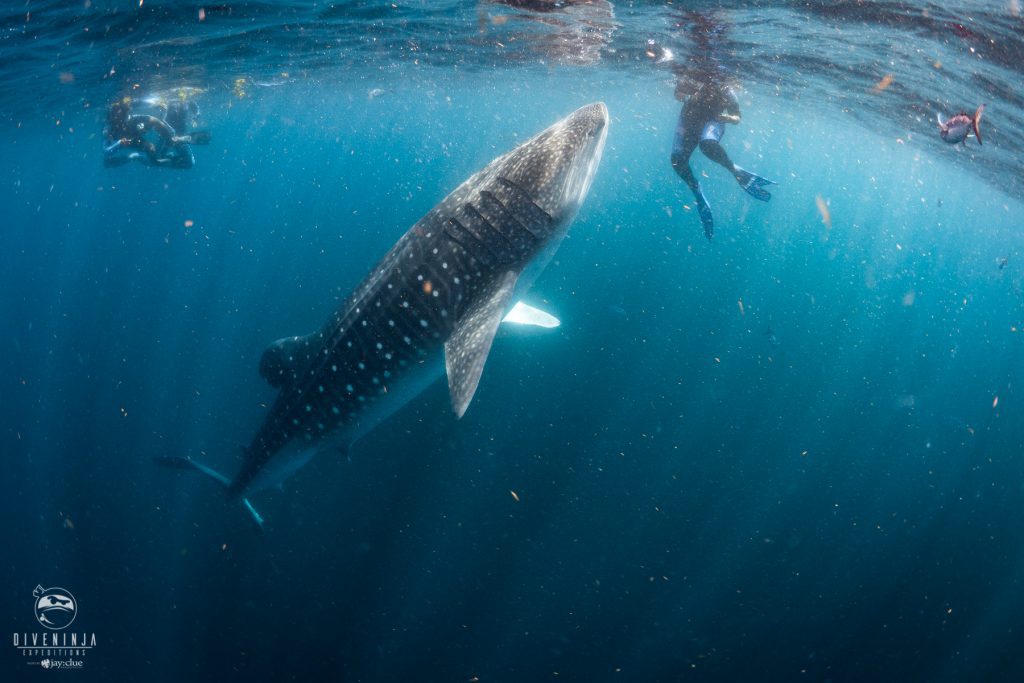 Tourism can be a powerful tool in both the preservation and destruction of ocean ecosystems. As consumers, our responsibility to minimize our environmental impact comes down to the operators, hotels, and businesses we choose. Beware of greenwashing, or companies just using the word “eco-friendly” to get your business. In terms of resource conservation, and waste disposal, how are they working towards sustainability?  When choosing diving operators, look for tours that use good mooring practices, and practice safe diving in relation to the animals and ecosystem. Ally for Dolphins partners must meet certification requirements such as not supporting animals in captivity in any way, refusing single use plastics, using reef-safe sunscreen, sourcing local when possible, and other sustainable initiatives.   The striped marlin citizen-science expeditions provide an alternative source of income to the local shark fisherman through ecotourism, while giving people the opportunity to see these incredible super fish in action with local scientists. 50% of the profits from these tours go to the Nakawe Project to help fund their efforts in protecting these keystone pelagic species. The more we support holistic, sustainable projects, we can start to see more of them in the world.

Look for these labels to support true-ecotourism: Blue Star Operator, PADI Green Star Award, and Green Fins , and Climate Neutral Certified, PADI Travel Eco
Read the Responsible Shark and Ray Tourism Guide from Project Aware to find out if your interactions are having a minimal impact!

We have heard about the harmful effects of sunscreen on coral reefs, but the chemicals and preservatives in our other personal care products, cleaning, and cosmetics can be just as damaging. If these chemicals cause low fertility rates in fish, damage reproductive systems in sea urchins, accumulate in dolphins and even transfer the toxins to their young, I imagine they can’t be good for us either.  Not only are they packaged in plastic, contain harmful preservatives that wash into our oceans, but some are even made from endangered sharks! Shark liver oil, or squalene can be found in makeup, lotions, deodorants, anti-aging creams, cleansers, and supplements. As a general rule of thumb, if it’s hard to pronounce it’s probably not good for you, or the ocean. For a more detailed list of chemicals and preservatives visit the  MarineSafe page. Even if we’re not dumping these products directly into the oceans, they are slowly making their way through drains, waterways, and sewage.

Find some Ocean Safe   Cleaning Products, Stream2Sea, Sunbutter Sunscreen, or learn to make your own! 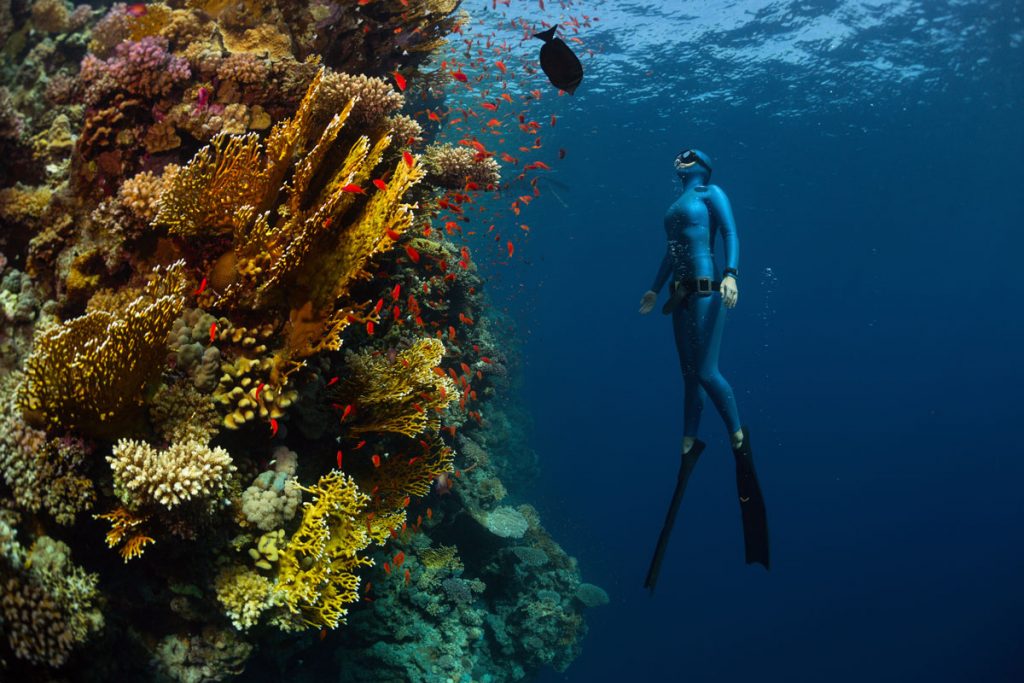 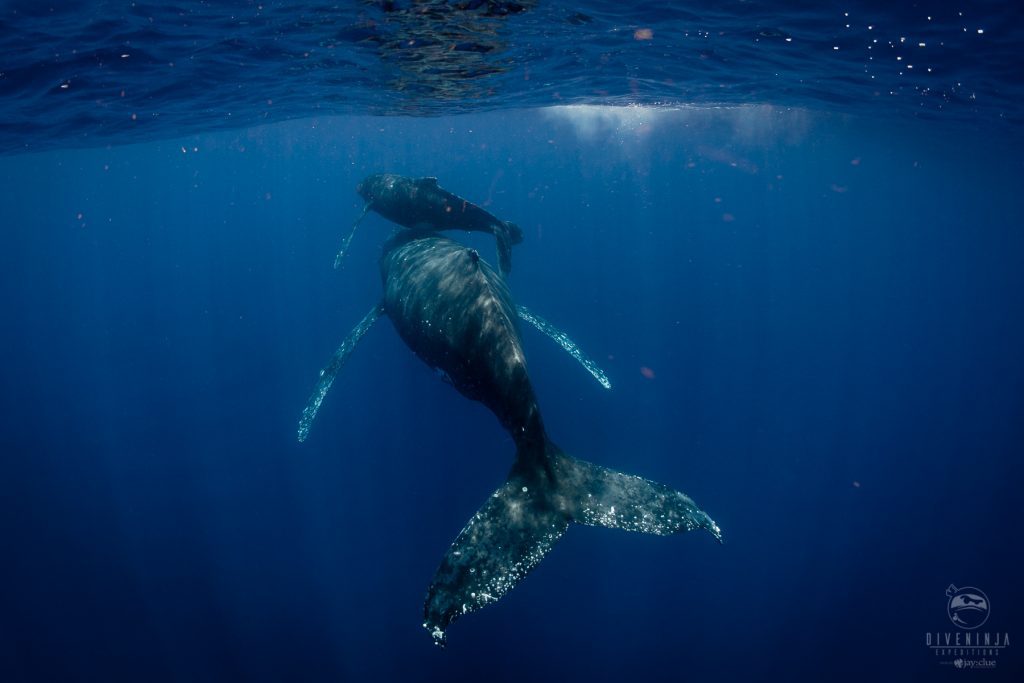 Whether it’s  furniture,  clothes, or electronics, ask yourself: Do I really need it? Does it have to be new? We live in a consumerist society, that tells us to buy more, buy now, buy new! This unlimited growth mindset is simply unsustainable with 7 billion people. Everything we buy has a carbon footprint, meaning in order for it to exist, energy and resources were required, and greenhouse gases were emitted. It’s not practical to say we can just stop buying stuff, but we can become more conscious of where it comes from and where it goes when we throw it away. We can’t be perfect, but every conscious consumer voting for the ocean with their everyday choices will create a sustainable market where the ocean and humans can both coexist for generations to come.

About the Author: Ellen